When you think about it, school is just one super long tutorial. It exists to teach you the basics – the things you’ll need to know and apply on your future adventures. While some concepts click instantly, others you forget and might need to brush up on down the road. I don’t think anybody ever recalls EVERYTHING they learned in a tutorial, but it’s important to remember that it’s a necessary step to get where you want to go. I’m happy to finally say that I’ve completed my 16-year tutorial. It’s been a long journey with many ups and downs, but I got some pretty cool quest rewards out of it. 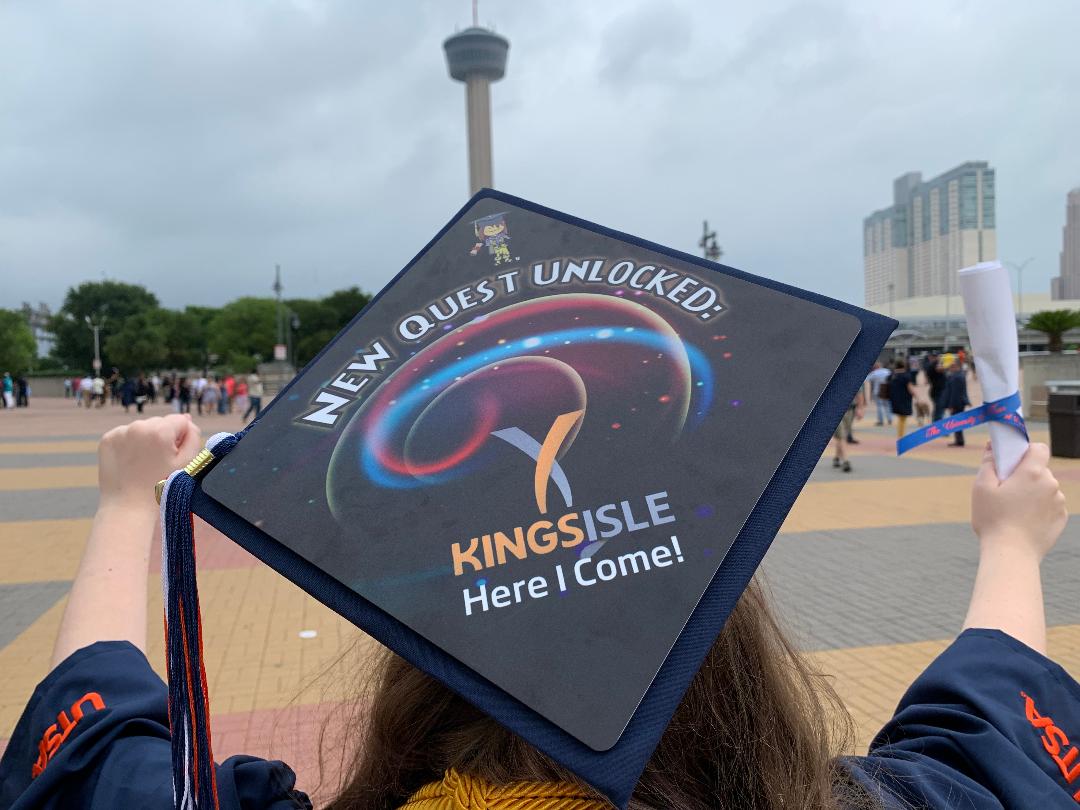 Now, this cap reward is incredibly special. In fact, there’s no other cap out there like it. Not only does this cap symbolize me finally getting the diploma I’ve worked so hard for, but it also puts a pretty bow on my evolution in the KingsIsle community. In my 6 years playing KingsIsle games, I’ve gone from player to leader to influencer to now … employee. That’s right; I’m VERY excited to officially announce that I’ll be joining the KingsIsle team as a QA Tester!!! Those bugs better watch out!

Even though I was informed of my new quest a little over a month ago, I had to keep the news under lock and key. During that time, I made all the final preparations and gathered all the equipment I would need to take on the next two rumored bosses: “Game Bugs” and “Adulting.” I hear they can pack quite a punch, but I think I have what it takes to best them.

Me and Rowdy spent a good 4 years together

When I reflect on the past 6 years of my life, there’s nothing I can do but smile. I started playing Wizard101 in January 2013 – I was a sophomore in high school at the time. It’s crazy to think that some people in this community have quite literally watched me grow up since then. I was playing KingsIsle games when I was trying to decide what on earth I was going to major in. I was also playing when I started to tour potential universities and write my college application essays. People like the mercs saw me get my first car and pass my driving test. The KingsIsle community watched me navigate college and celebrate my 21st birthday. Now, you all have seen me graduate from UTSA with a new degree in hand. These are all huge milestones in my life, and YOU were a part of them.

It’s fairly rare to have a job lined up before you graduate college. It’s even rarer to have your first job be in the exact industry you want, let alone a competitive one such as the gaming industry. You know what’s even rarer than either of those two things? Having your first job be in the gaming industry AND at your dream company. That is THE needle in the haystack, and I don’t take it for granted. I’m so thankful for all of the support I’ve received over the years from my family, friends, the community, and KingsIsle. I know some people try years and years to do what I’m about to do. At the same time, I can’t help but feel like this was meant to be. Like this moment was 6 years in the making … I just didn’t know it at the time. 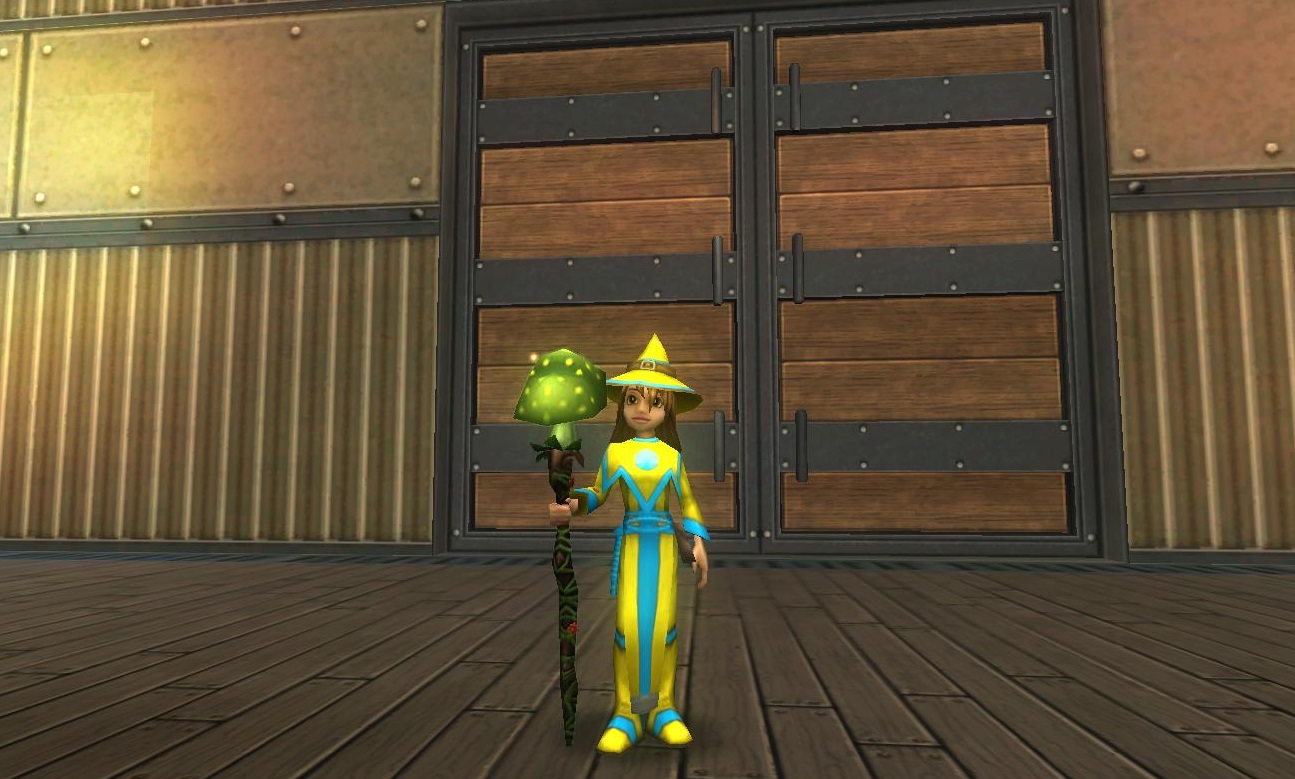 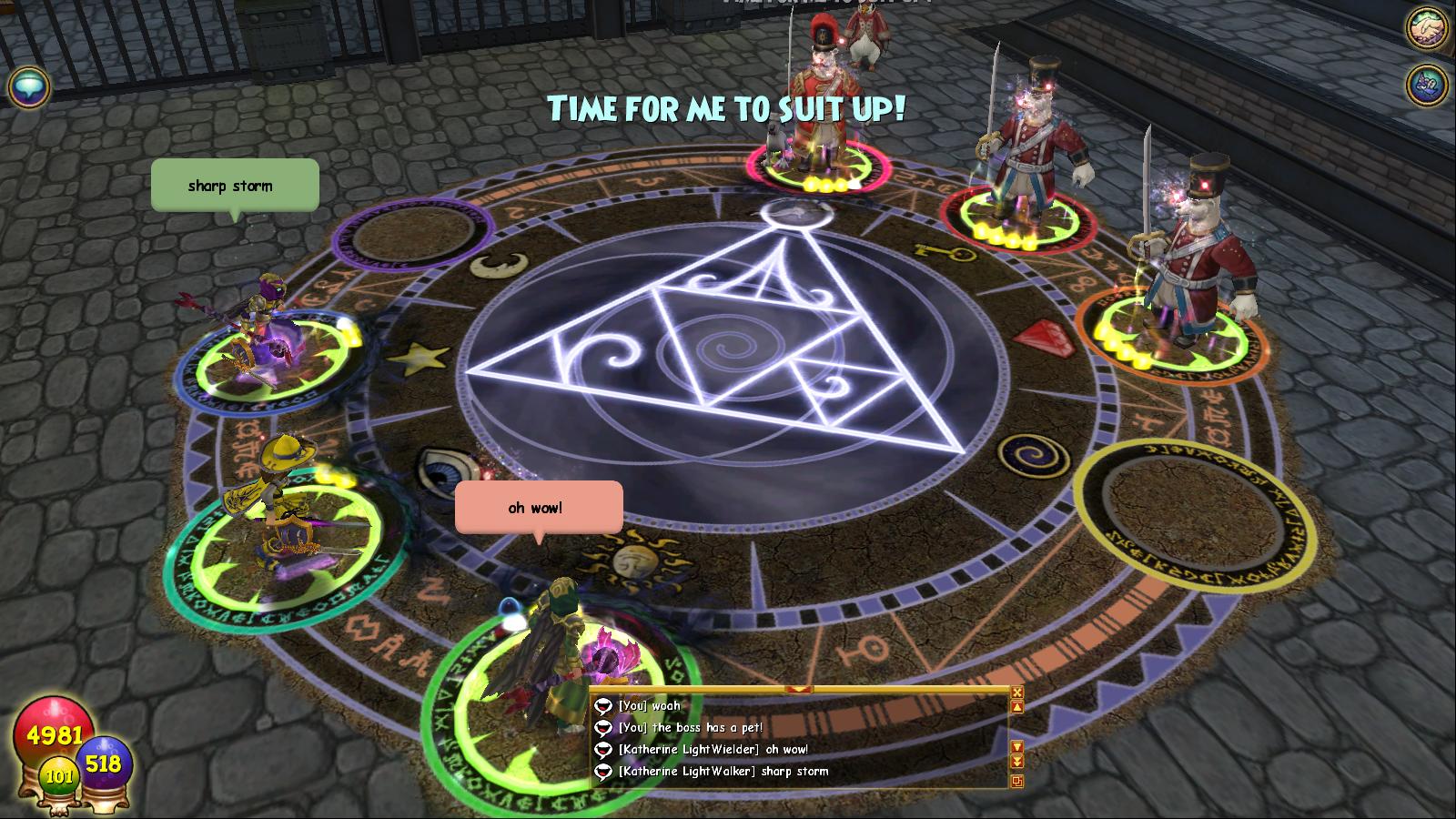 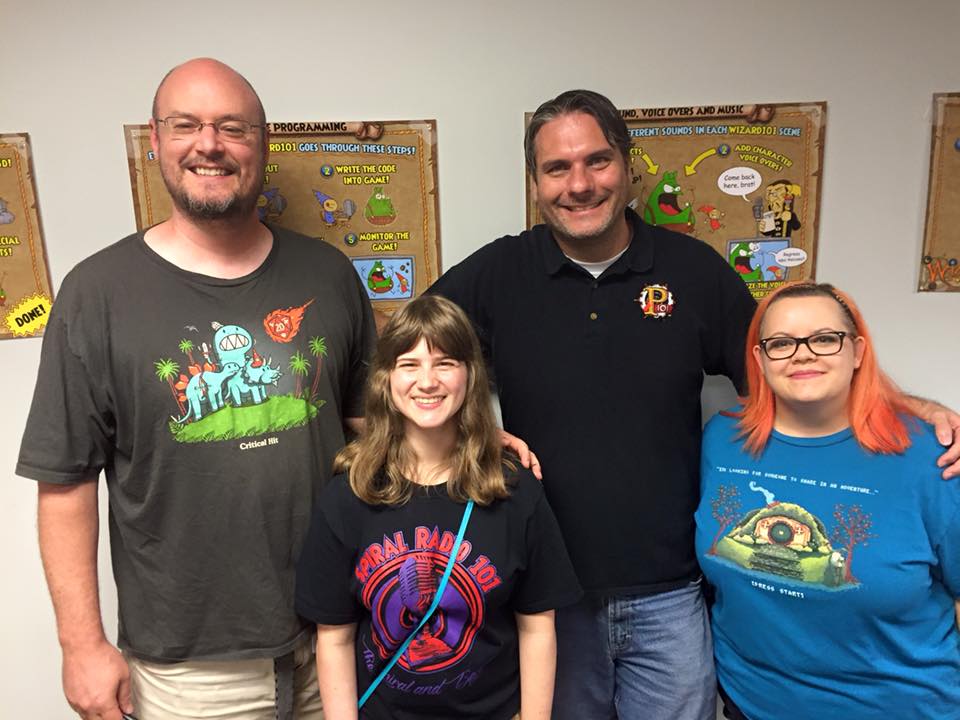 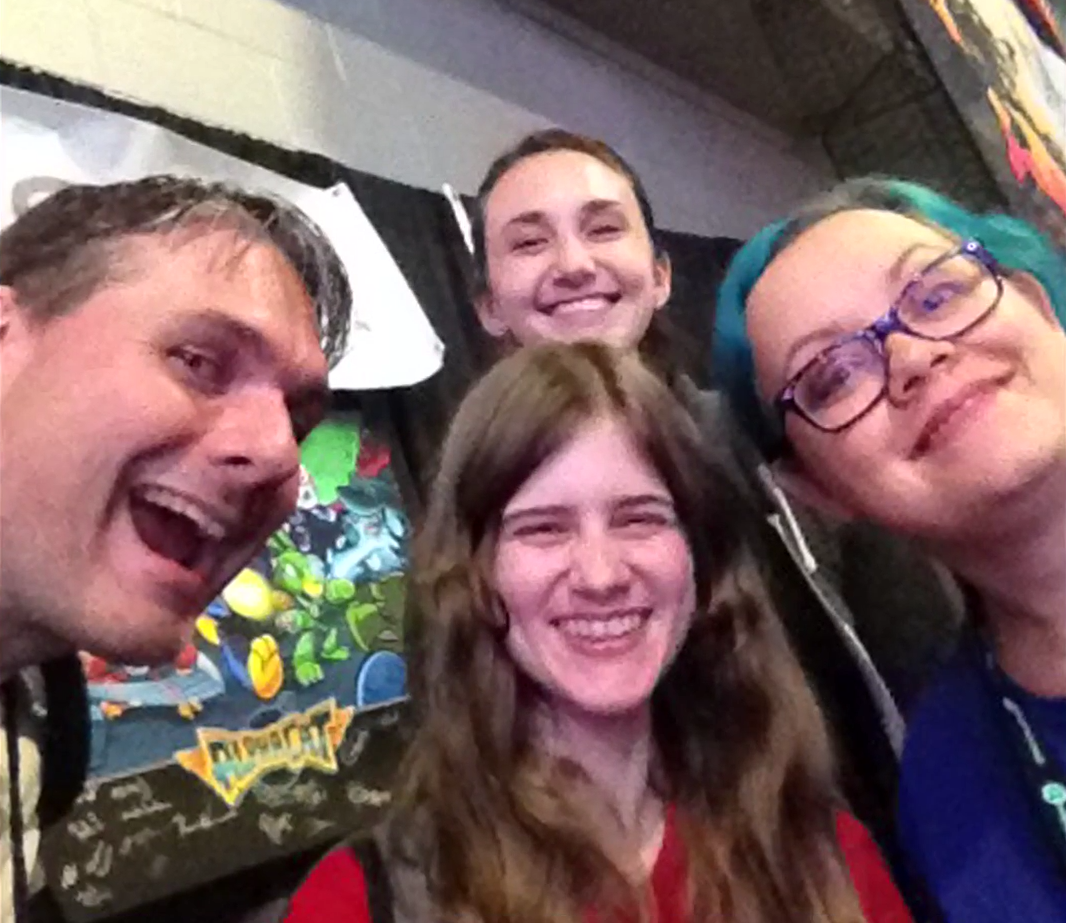 All giggles and fun during March 2017’s KI Live 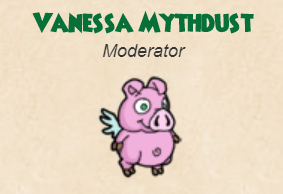 Getting that green coat of paint was truly an honor 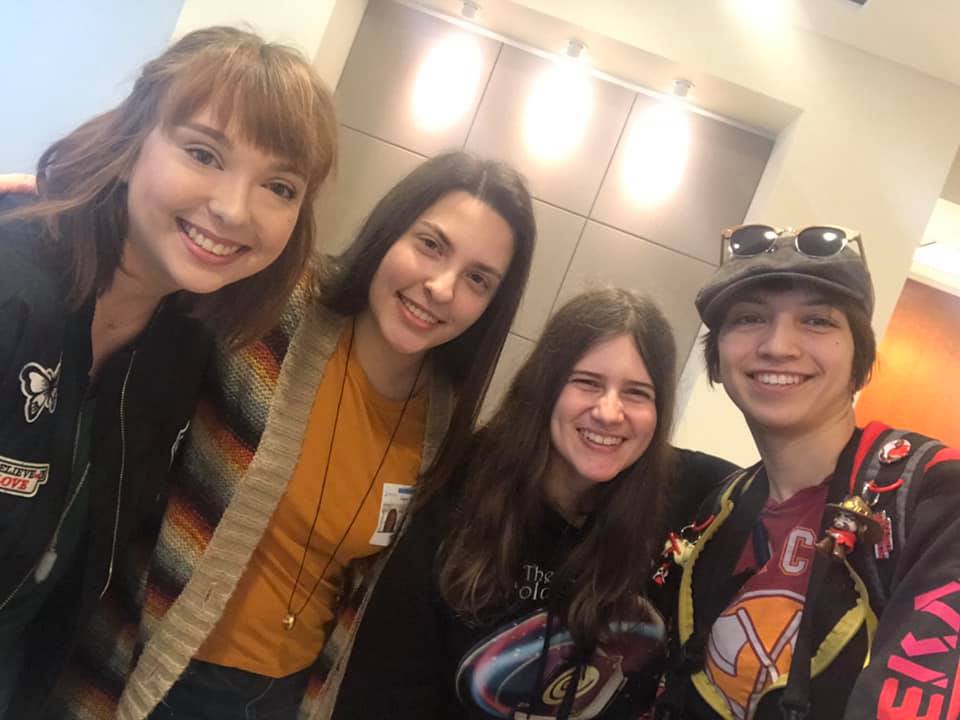 Well, that last one hasn’t happened QUITE yet, but it’s inching closer and closer. Time has passed so quickly for me that looking back on everything I’ve done and accomplished is almost surreal. I never planned on developing the community following I did, nor did I expect so many people to believe in me and shower me with responsibility and trust. All I ever aimed to do was be a positive influence, stay away from any drama, and help other players in any way I could. Through that process, I’ve gained lifelong friends out of complete strangers – most of whom I’ve never even met. It’s funny how the internet can do that.

Everyone has a quest. Everyone has dreams and aspirations that they’re itching to act on. Some of those quests take longer to complete than others, and you may even get distracted and need to take a break along the way. However, if you put in the effort and seek opportunities, your quest arrow will point in the right direction. Although most of my positions in the KingsIsle community were unofficial and volunteer, that experience has been so valuable. In fact, I’ve been able to put my leadership and communication skills to the test because of them. Interestingly enough, my Mercenaries101 experience in particular directly helped me land this QA job. During my interview, I explained step-by-step how I used to cheat test bosses for my guides. I also wrote two properly formatted mock bug reports to show everyone that I was completely capable of doing what I’d be responsible for.

I can’t begin to express how much this community has impacted me. If I had never started playing Wizard101, I’m not sure what my life would look like right now. Would I still be in Texas? What about my major? I really have no idea, but I’m grateful I’ll never have to find out. So …

To my family, to my friends, to the community, and to KingsIsle … thank you. I can’t wait to see what this new quest will hold.