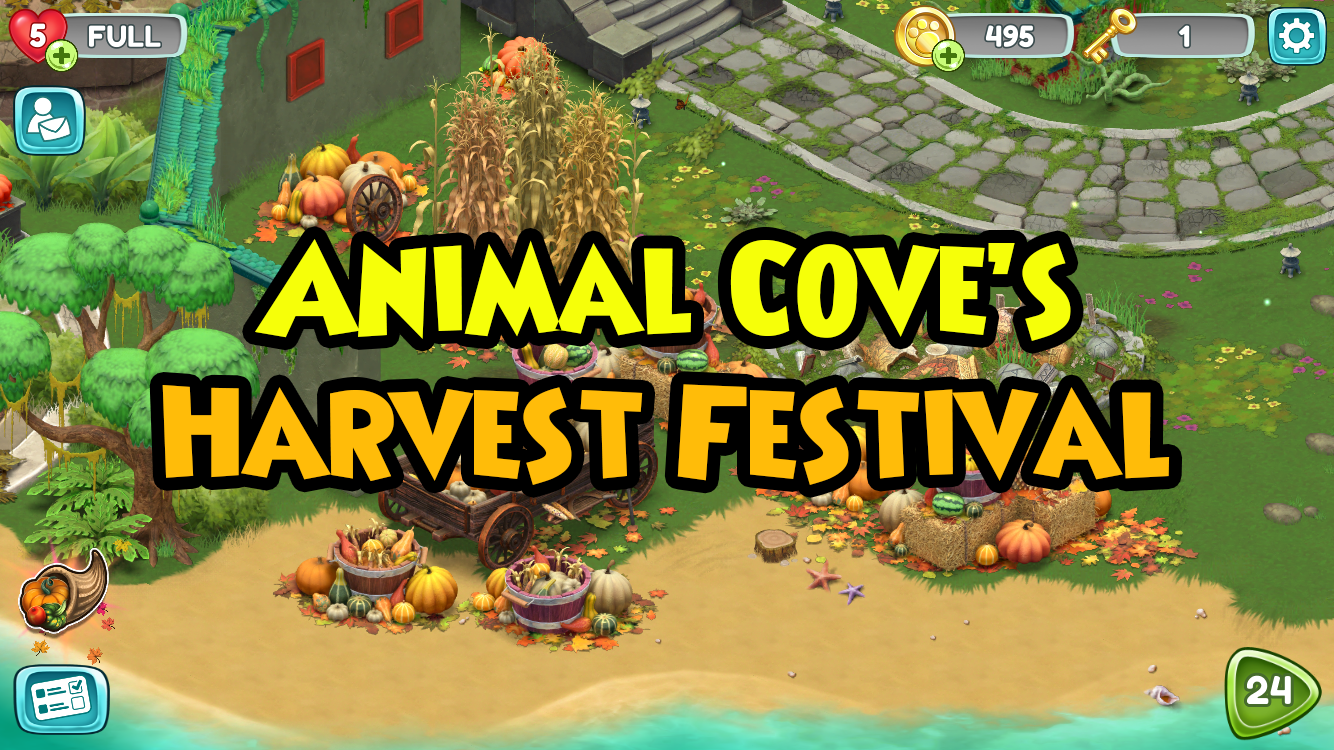 Animal Cove is getting into the Thanksgiving spirit by introducing the “Harvest Festival” to the island’s inhabitants. This event will only be around for a limited time, so soft launch/beta players should take advantage while they can!

What Is the Harvest Festival?

The Harvest Festival is a limited time event where players can complete special fall-themed puzzles in order to earn an exclusive “Farmer” outfit for Winston. The official App Store update description is as follows:

Once you update the app to the newest version, the Harvest Festival dialogue should automatically trigger the next time you log in.

The Harvest Festival event starts when you receive a mysterious gift from Elias Vim. He says that Fall is his favorite time of year, and thinks you should get into the autumn spirit too. Shortly after Winston doubts Elias’s “dedication” to the Fall season, drones come to the island dropping tons of autumn decorations. The best part is, all the decorations are interact-able! When you click on the Scarecrow for example, it lets out this evil-sounding yell. Creepy. 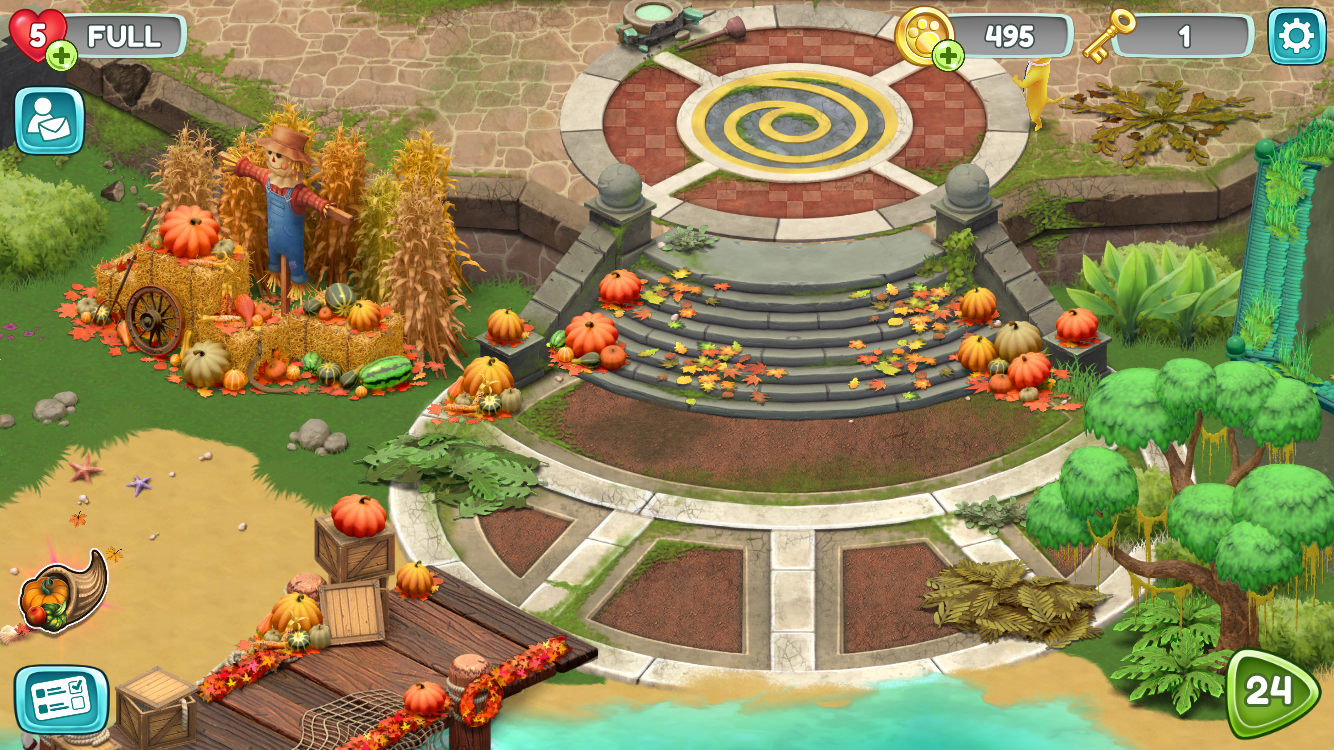 With the island now fully spruced up, Winston is in the mood for some pumpkin picking. Here’s where the real challenge begins!

The Harvest Festival consists of 10 levels and they aren’t easy! If you complete a certain number of levels, you’ll receive special prizes. 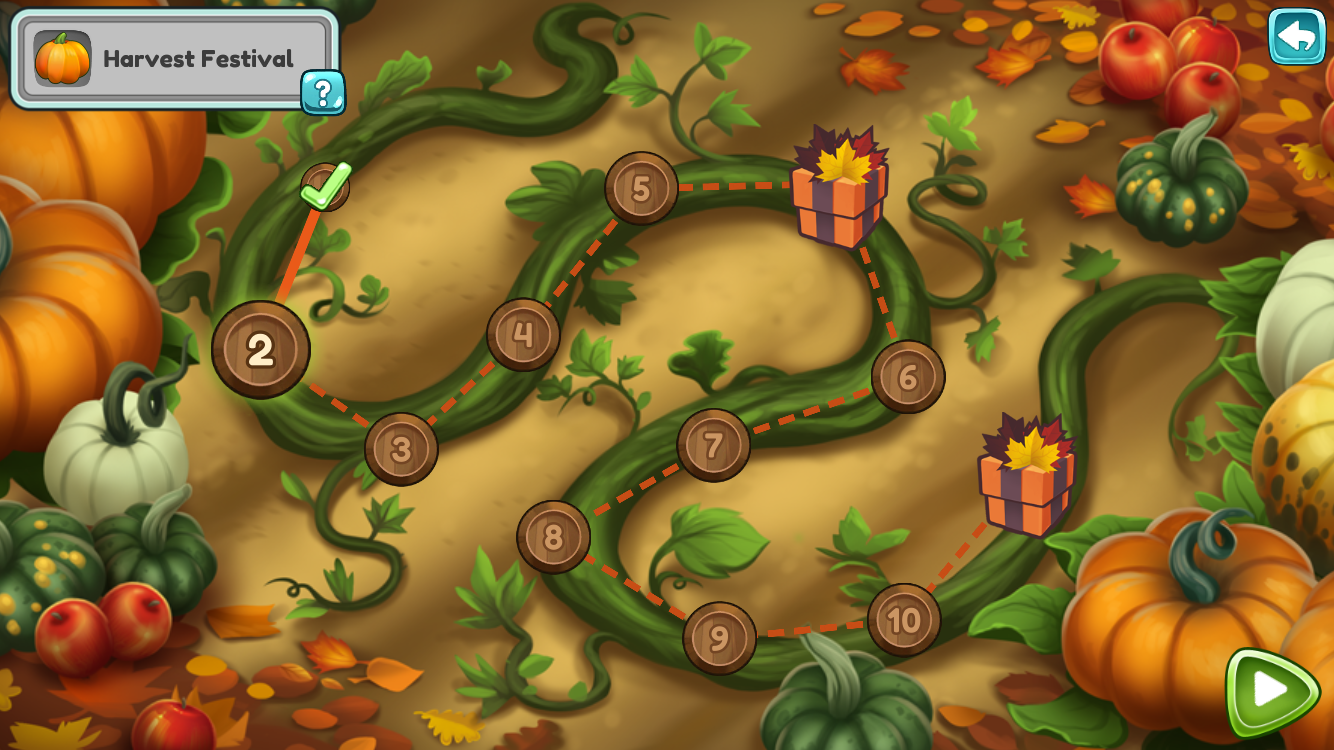 Outfits don’t supply you with any stat boosts or bonuses – they’re just something to collect and put on your characters. To change a character’s outfit, click the “Task” button, go to the “Animal” tab, and then click on the animal you want to view. From there, you’ll see the outfits you’ve collected and can switch back and forth between them as you please. 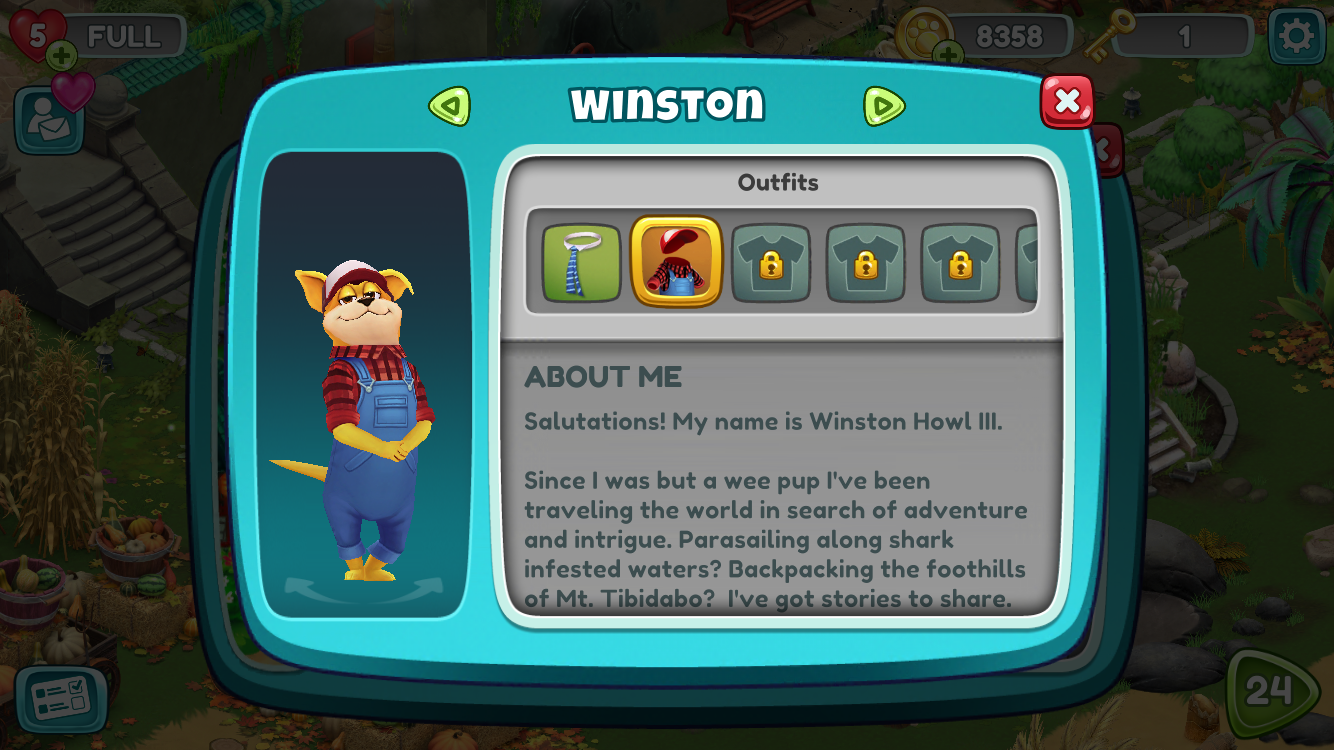 The Introduction of Pumpkins

The Harvest Festival introduces a new puzzle piece – the Pumpkin. You can only collect pumpkins by making matches directly next to them. That’s right, matching pumpkins with other pumpkins will do NOTHING. Plan carefully! 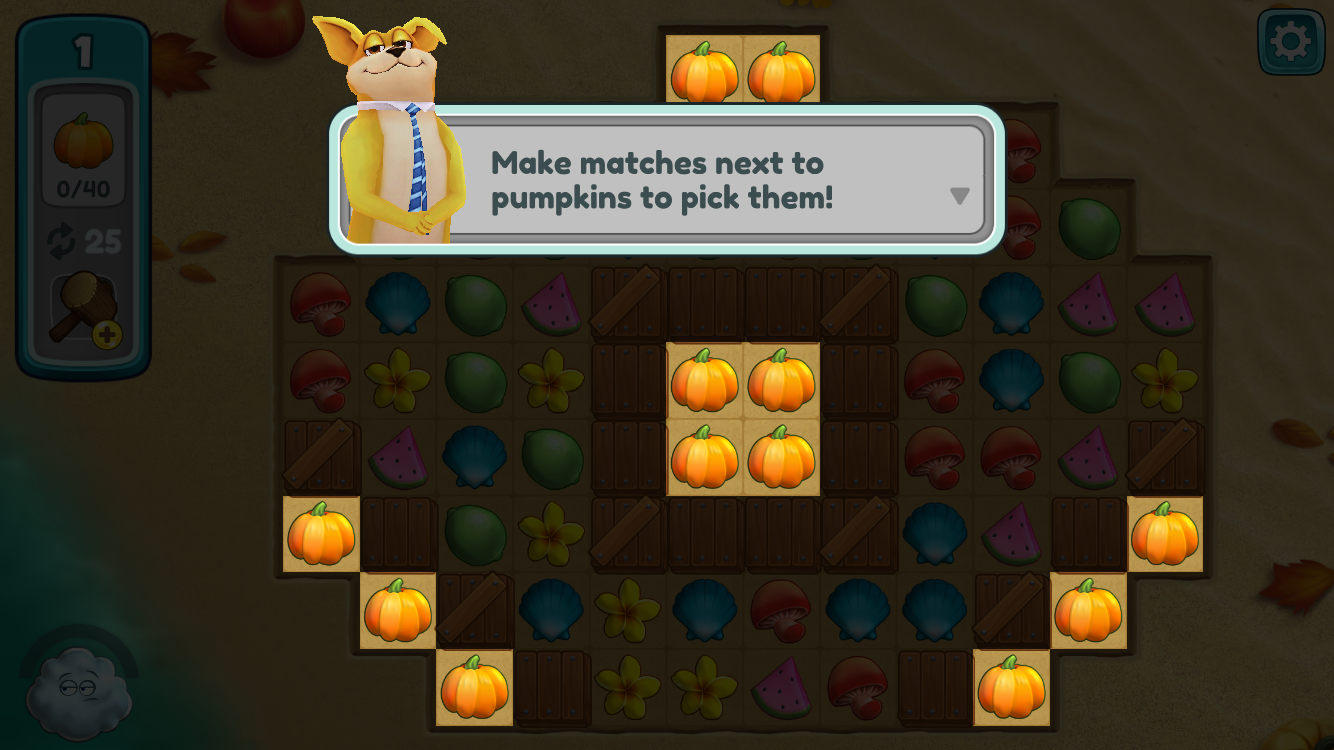 If you ever get stuck during the Harvest Festival or just want to continue the main storyline, you can toggle in and out of the event by clicking the Cornucopia and/or Back button.

What About the People Who Don’t Have Game Access Yet?

Although players without current game access will miss this first opportunity to obtain Winston’s new farmer outfit, KingsIsle promises that the Harvest Festival will eventually make its return after the worldwide release. From the official Animal Cove forums:

“Don’t worry at all about missing out on any of this cool stuff. We will most definitely repeat the Harvest Festival event to give new players a chance to earn the Winston outfit. Also, we have some ideas for “Outfit” events that would allow new players to earn outfits outside of the typical Holiday times.

Bottom line, we’ll be sure to give everyone a chance to earn these cool rewards!”

I like that KingsIsle is experimenting with seasonal events for their mobile games. It spruces things up a bit and gives people something to look forward to. As for the levels themselves, I thought they were quite challenging. The beginning ones weren’t too bad (for me), but once I hit level 7, I wanted to scream, lol. BEHOLD … the source of my pain:

Getting the pumpkins wasn’t that difficult, but growing enough mushrooms was. It took many many MANY tries, but eventually I got past it by spending some coins on TNT boosters and an extra few turns. Levels 8, 9, and 10 were also hard, but I didn’t have nearly as much trouble with them as I did with 7.

All my hard work paid off though – I got Winston’s Farmer outfit! 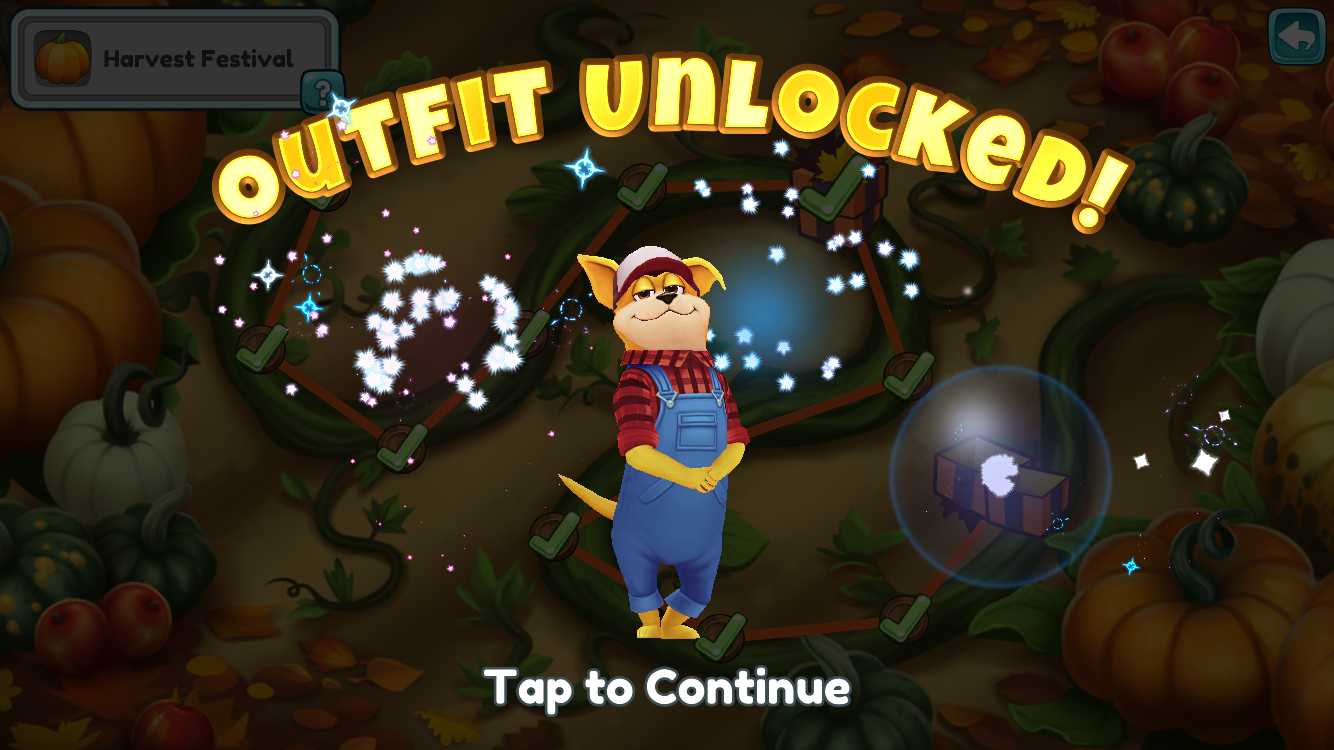 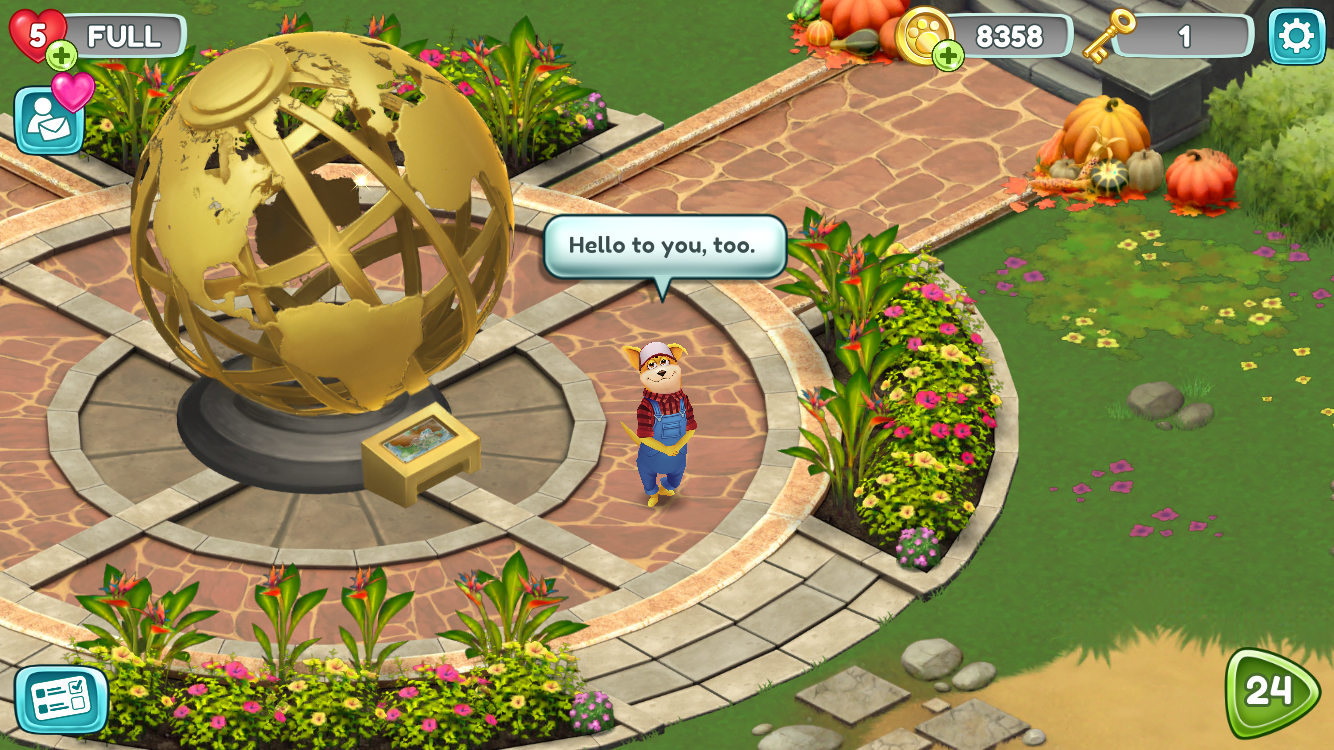 Now on to the next challenge. :)