“EverClicker is a 3D adventure like no other! The further you travel, the more amazing heroes you can awaken! Empower your troop with special powers and cool effects, and celebrate victories in an upgradeable Feast Hall. With each click, you have the power to unlock magical spells, rare items and more from the mysterious world of the EverVerse.”

EverClicker has been Greenlit for Steam, so be on the lookout for it there in the coming months! Once it launches there, it will be playable on PC!

Wizard101 players will notice some familiar enemies in EverClicker from time to time! Some I’ve noticed are:

I love these little nods! Psst, by the way, there’s an achievement called “Wizard101” in the game! 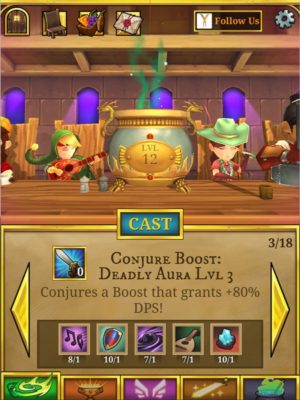 Need an incentive to give EverClicker a try? How about some crowns?!

From now through July 6, 2017, players can get Crowns for hitting two event goals in EverClicker.

Once you hit a goal, you will receive a message in your EverClicker in-game mailbox with a code that you can redeem for Crowns in Wizard101 or Pirate101.

Follow the instructions in your EverClicker mailbox message to redeem your free Crowns code(s).

If I played in the limited Canada release, am I eligible to get the free Crowns?
Yes. You will need to progress past stage 40 and 100 in the next star level you play through.

How do I collect a Star in EverClicker?
Every time you save a planet by defeating the Star Devourer, you will receive a Star.

Where Can I Get It? 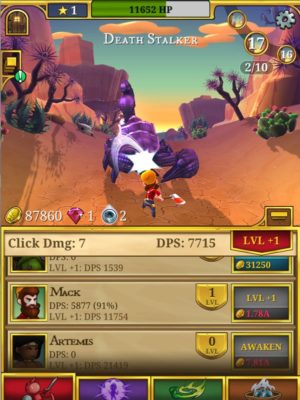 EverClicker is downloadable from the iTunes, Google Play, and Amazon app stores. Like I mentioned earlier, it should also be on Steam in the coming months!

You can also go into your phone or tablet’s app store and search for it (it should come up!). 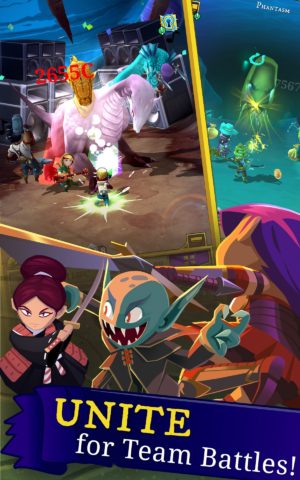 If you want to learn more about EverClicker or stay up to date with the game’s happenings, feel free to check out the links below:

If you encounter any issues with the app, you may want to check out the official support page to take a gander at the FAQ. If those don’t solve your issue(s), try opening a support ticket within the app or emailing everclickerhelp@kingsisle.com