Bonnie Anne is one of my favorite Pirate101 characters. I don’t know about you guys, but I’d LOVE to be best friends with her if she really existed. Why? Hmm …. 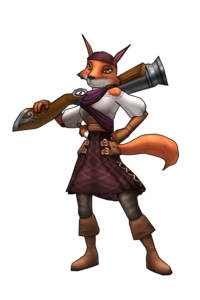 Clearly I would love to be her best friend, but would she want to be mine? I’ll never know … but I truly hope so. ;)