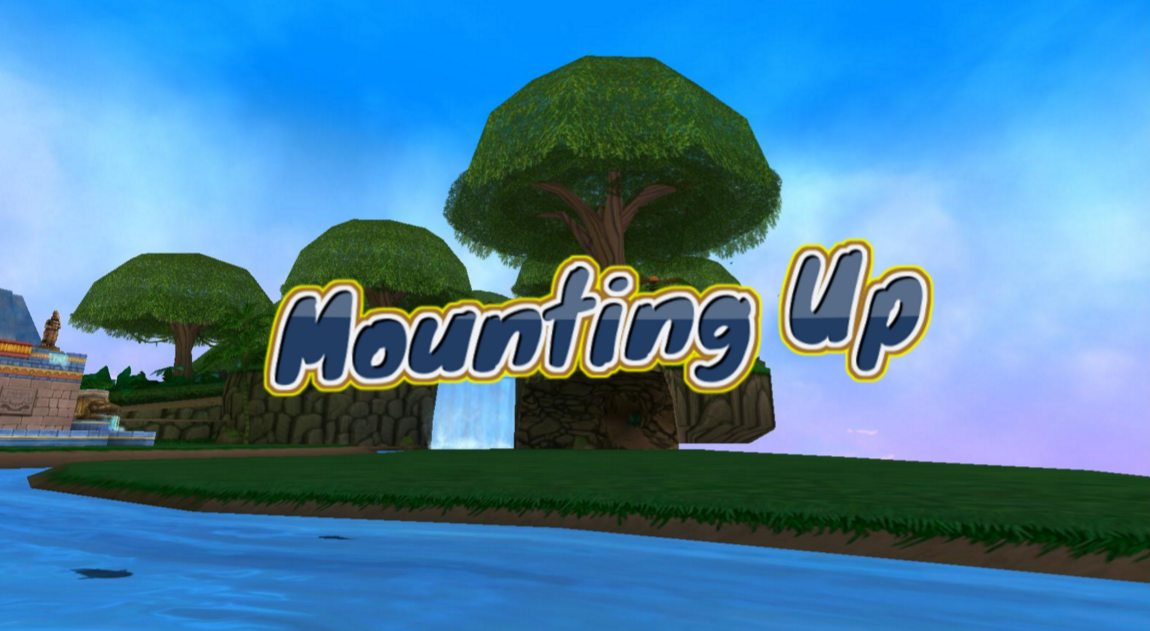 Mounts are not just a speed boost for me. Mounts define my wizard and I love experimenting with different ones. Today I’m counting down my favorite mounts, and I don’t think my number one will surprise anybody. ;)

The Tiki Waverider mount is a possible reward from the Islander’s Hoard Pack. This mount is unlike any other mount in the game so far. When you jump, you hold the board just like you’re riding a wave! Hang 10 anybody?

Permanent Seraph Wings can be obtained for 7,000 crowns in the Crown Shop, and rentals are a possible drop from most Unicorn Way bosses. This mount is a classic for me. I always found the wings easy to navigate, and they don’t take up too much room on my screen. Not to mention that they are just nice looking. 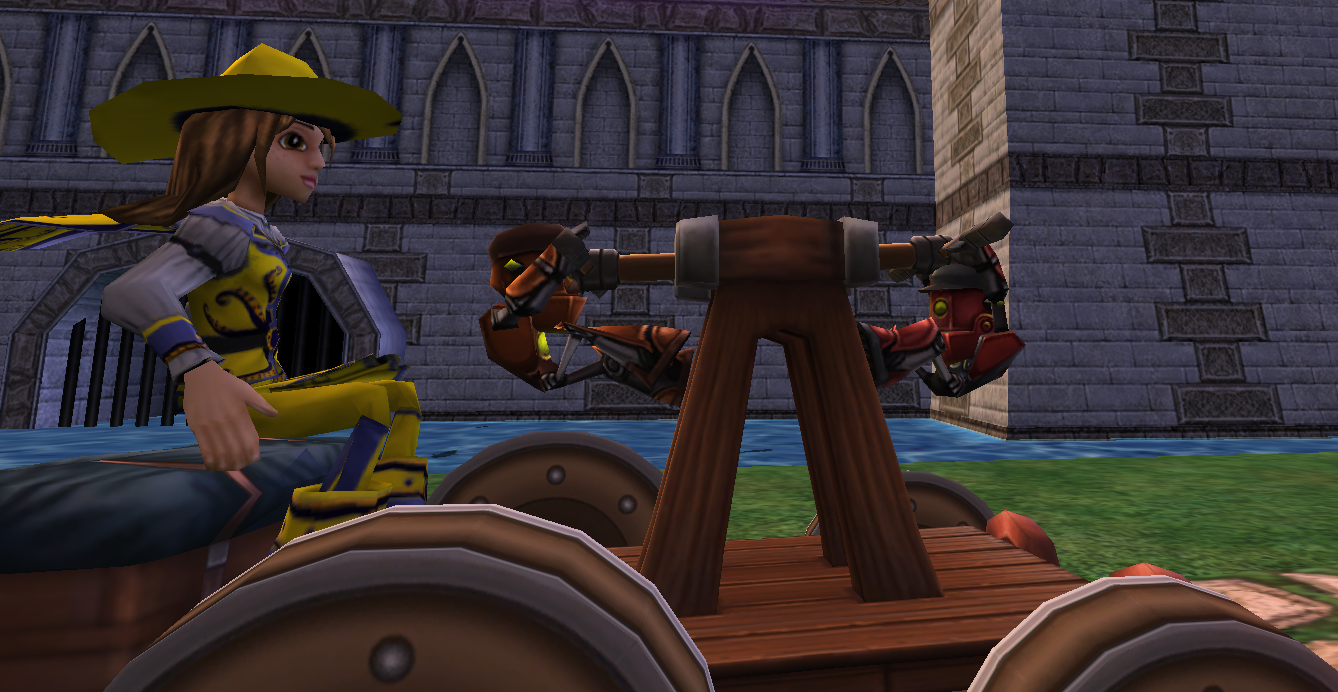 This mount comes in the Arcane Builder’s Bundle. One of the cool things about this mount is how your two arcane builder companions are pushing you around! I thought that was very creative on KingsIsle’s part. 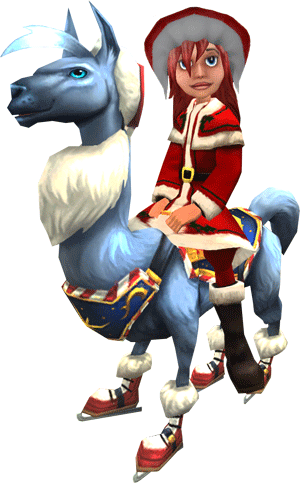 Say that 10 times fast! This mount was the 2012 charity mount, and it hasn’t been available since. Not only are llamas amazing, but it’s on skates! In addition, this mount gets some massive height when it jumps! I’m pretty sure it could jump over the moon. 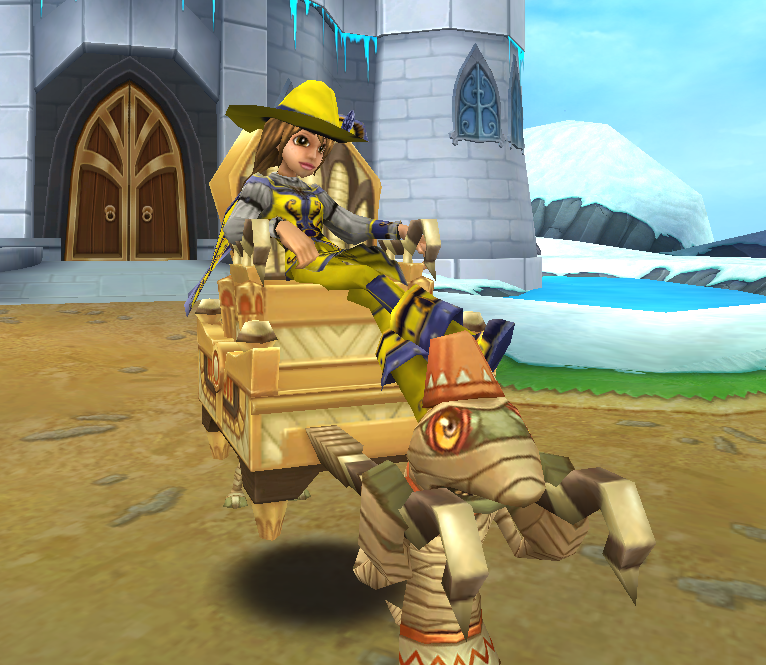 This mount is a possible reward from the Pharaoh’s Hoard Pack. If you’re lucky, you can also get it as a drop from Bellosh in the House of Scales. When I first saw this mount, I thought it was the cutest thing ever. Those poor mander mummies have to carry me around all day!

For those who don’t know, the Stormrider Hare was made in tribute to a well known Wizard101 Central community member named Lady Stormrider. She was a very kind soul, and absolutely loved helping other people improve their pets. I thought it was very sweet of KingsIsle to make a mount in her memory. Although aesthetically the bunny is amazingly colorful, the Stormrider Hare is one of my favorite mounts because of the meaning and tribute behind it. 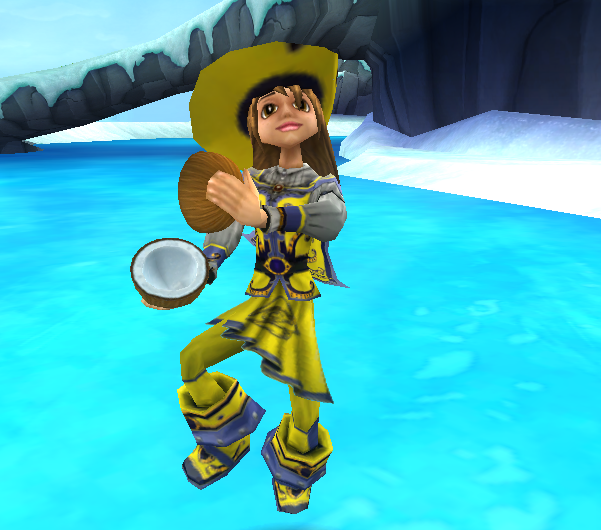 This 2014 April Fool’s mount was a clever reference to Monty Python! It’s always a pleasure seeing KingsIsle sneaking in references to pop culture in their games. I admit that I’ve never seen Monty Python in full, but I did chuckle when I saw the mount. Thumbs up! 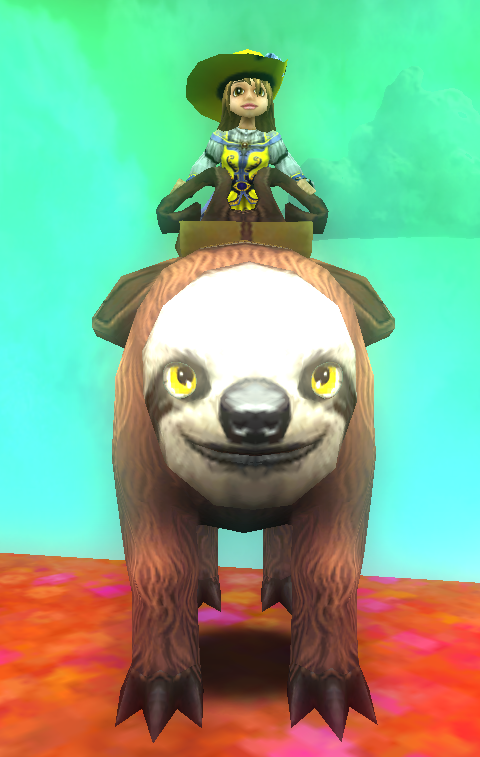 The 2013 April Fool’s mount was a surprising addition! Instead of the normal +40% speed boost, the Slowpoke Sloth actually slowed you down! This mount was the first of its kind and currently stands as the only mount that gives a negative speed boost! Talk about a memorable mount! 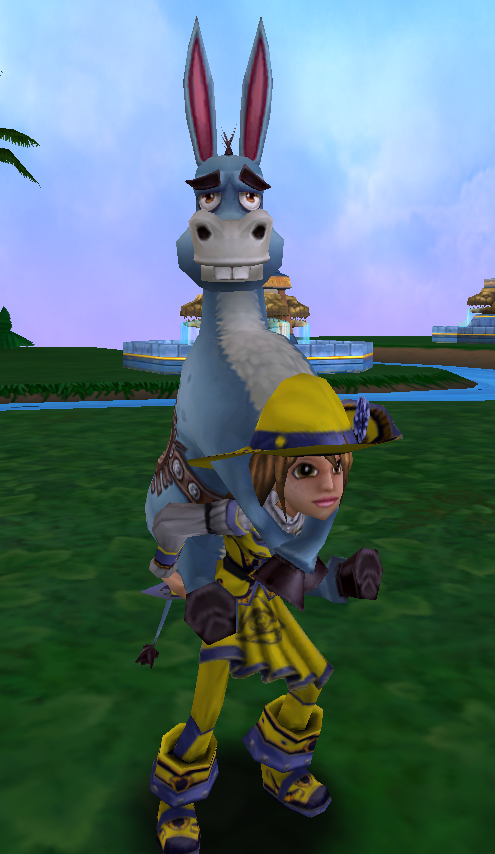 I fell in love with this 2015 April Fool’s mount. The donkey’s blank face is just so priceless! More unique though is how the mount gives our wizards a workout. Instead of us riding the mount like we normally do, we are actually the mount itself! Luckily, even with a donkey on our back, we still get the +40% speed boost. 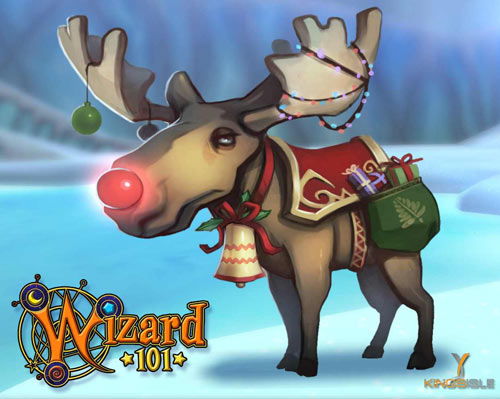 Anyone who knows me knows how much I adore moose! The Charity Chrismoose was the 2011 charity mount and it hasn’t been available since. Sadly, I actually wasn’t playing the game when this mount came out. I’m moose mount-less, but that doesn’t stop me from making it number one on my list! I’m jealous of all you Chrismoose owners out there! ;)

There are tons of mounts in Wizard101, which ones are your favorite? Let me know in the comments!