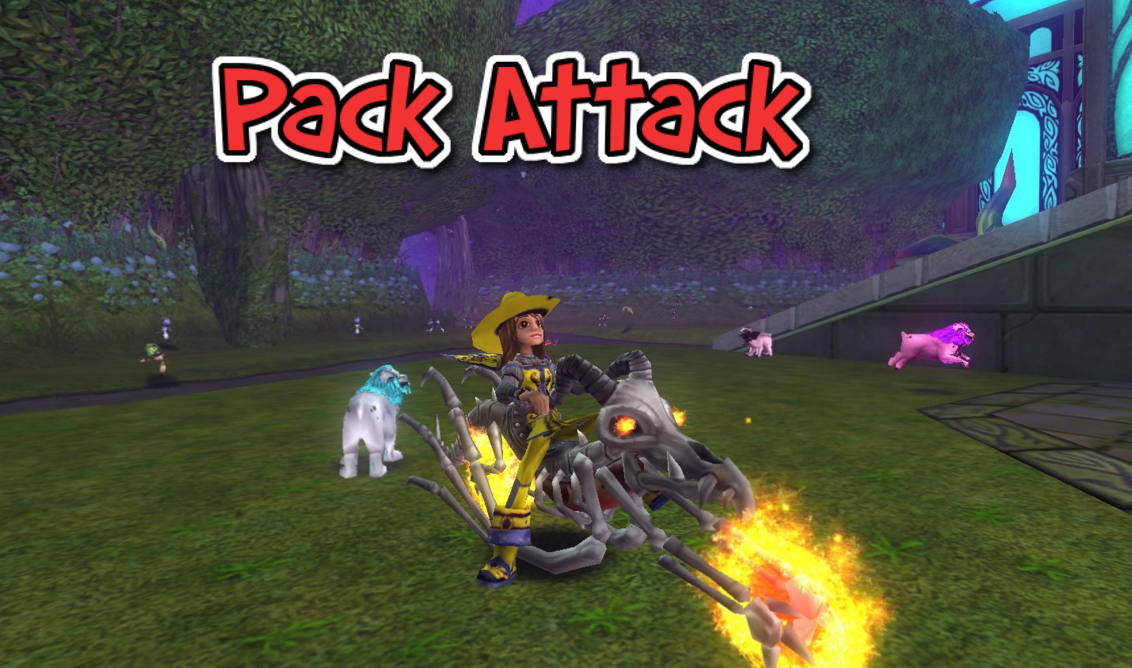 It’s March! Pat O’ Gold is back in the Spiral, the spring update is almost upon us, and we were treated to a new pack! Sadly, I guess I didn’t have any four leaf clovers with me as it took 25,000 crowns for me to successfully obtain the new Road Warrior’s Chopper mount. The chopper mount is the first mount in the game to ever go faster than 40%! This sweet ride boosts wizards to 50% speed. Pretty rad, right?

In addition to the new speedy mount, the Rock Warrior’s Hoard Pack also gives you a chance at:

The excitement of this new rockin’ hoard pack got me thinking about packs in general. Today I’m going to be counting down my top 5 most worthwhile hoard packs.

5. Hoard of the Hydra Pack 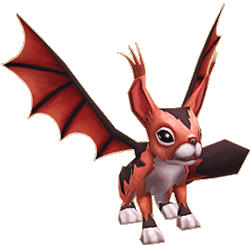 Aside from the plethora of pets and the Hydra mount, the main reason this pack makes my top 5 is because of its energy gear. Many players have “gardening” wizards which usually aren’t max level. For a lot of lower levels, the energy gear this pack provides is either the best or tie with the gear in the Wyvern’s Hoard Pack (more on that later). The energy gear in this pack includes Pixie’s Mask of Encanta, Pixie’s Armor of Encanta, and Pixie’s Enchanted Boots. The energy given will differ depending on your level. 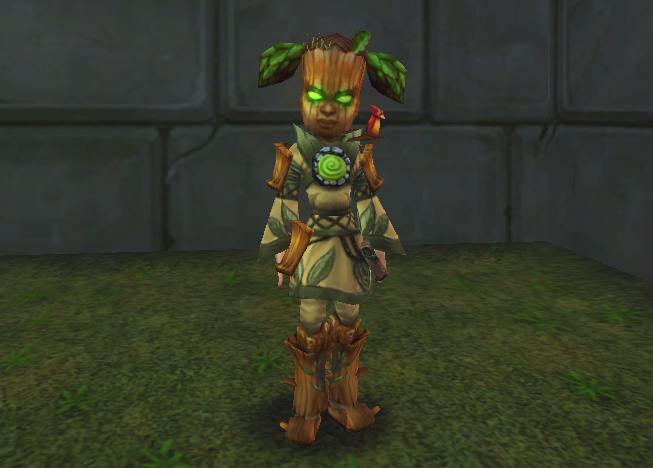 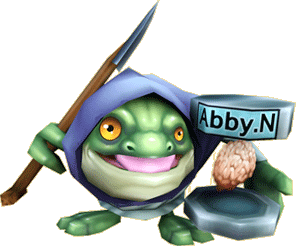 The Terror’s Hoard Pack contains a couple of items that I think make it worthwhile. The first thing that stands out, which also happens to be the main reason I splurged on these when they first came out, are the wands. There are 3 different types of wands in this pack, each with similar stats. The Fortune Teller’s Peerless Eye is the universal wand (pretty much the balance version), the Fortune Teller’s Eternal Gaze is the elemental version, and the Eye of the Soothsayer is the spirit version. Each wand supplies the wearer with a starting power pip in addition to an extra 6% power pip chance, along with decent critical block and damage. Each wand also comes with a maycast darkmoor spell which does 1,000 moon (balance wand), sun (elemental wand), or star (spirit wand) damage. In addition to the wands, this pack also drops the Mote of Beauty, the Mote of Eternity, the Mote of Severity, and the Mote of Wisdom. There is also a chance you’ll get the neat Terror Dog mount or the Brainy Assistant pet as well! 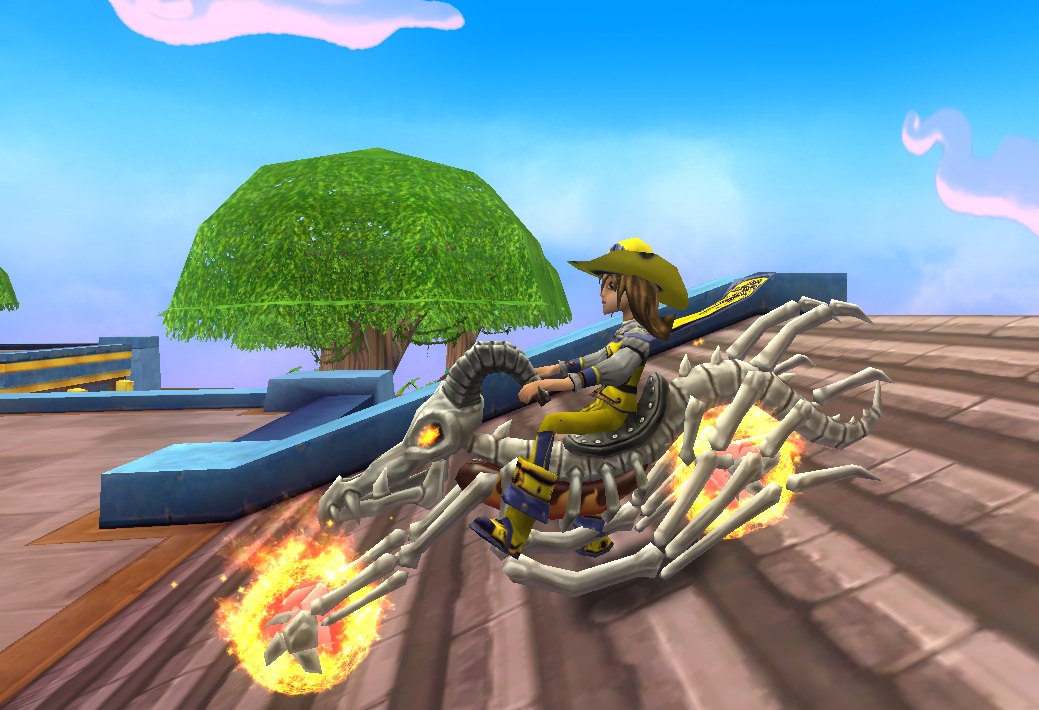 The newest hoard pack is definitely bad to the bone! The wands in this pack boost your pierce, critical, critical block, and damage. Just like the Terror’s Hoard Pack wands, the Rock Warrior’s Hoard Pack wands also come with maycast spells (although they don’t do quite as much damage). However, unlike the Terror’s Hoard Pack wands, these wands also contain a socket for you to add whatever you want! This customization option in my opinion helps these wands stand out from others that are similar. The other reason why this pack is a game changer is because of the extra special +50% speed boost Road Warrior’s Chopper mount. Not only is it neat looking, but we can also travel through the spiral even faster – and win mount races! ;) The Road Hog pet, biker gear, and animated NPC housing items are also interesting goodies to come away with after purchasing this pack. 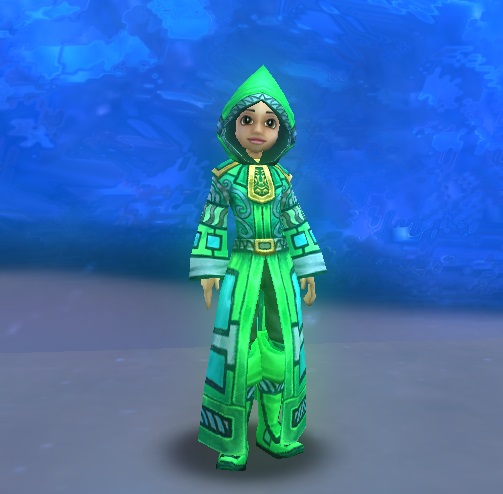 Jade gear is where it’s at! I know jade gear gets a bad rep from PvP players, but coming from a PvE perspective, I think it can be extremely helpful. If you’re primarily a solo player, I don’t think jade gear is worth it – but if you like helping others and playing support, I think it’s a great investment. Life wizards can especially benefit from jade gear when they are tanking and healing. Let your hammer be the damage giver and you be the damage taker! The Keeper’s Lore Pack also drops 3 trainable spells: Brimstone Revenant, Keeper of the Flame, and Luminous Weaver. All of which have the potential to be great assets in battle.

What are the most worthwhile packs to you? Let me know in the comments!