The Best and Worst!

Wizard101 has grown tremendously since 2008. On our many adventures, we’ve met interesting characters, defeated the evilest of foes, and explored rough terrains. Having soloed majority of the game, I’ve had the pleasure (and challenge!) of experiencing every world for what they really are. Here are my personal best and worst parts of every world released so far. 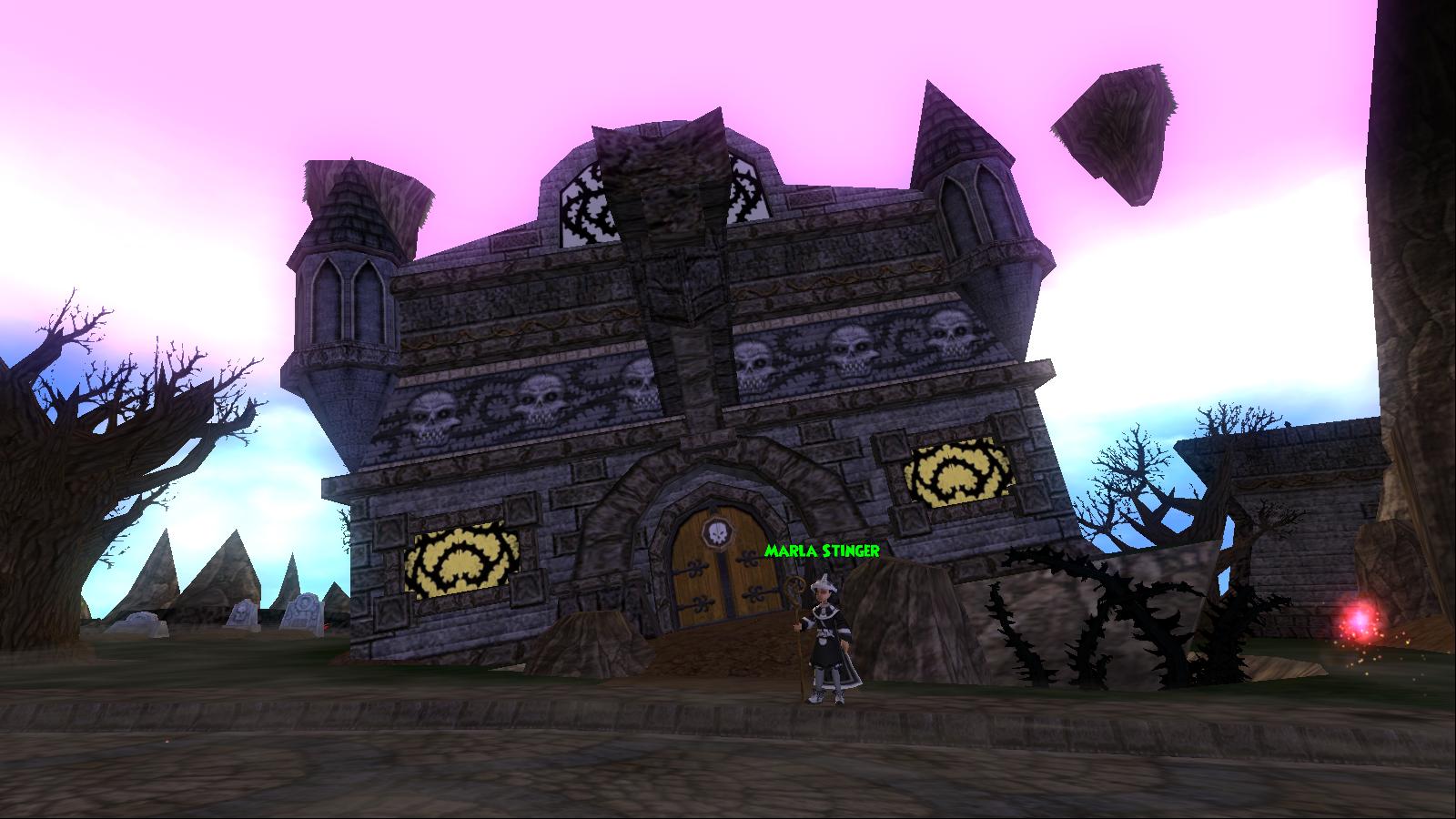 Best: Discovering Nightside. And here I thought that waterfall was just a waterfall! Although not much actually happened in Nightside, I loved the discovery of it. The details within the death school such as the turned over chairs and tables made it all come together.

Worst: The dreaded charred knife. I’m not sure if I was just having bad luck, or if this is common … but I had an EXTREMELY hard time collecting a certain charred knife from some Magma Men on Firecat Alley. Defeat and collect quests are nobody’s favorite, but this one gave me an especially hard time.

Best: The puzzles. I really enjoyed all the different puzzles Krokotopia had to offer. The Vault of Ice, Emperor’s Retreat, Temple of Storms, and even the Tomb of Beguiler not only challenged our dueling skills, but also our minds. It was a clever way to spice things up and keep players on their toes!

Worst: Entering the Tomb of Storms. Every time you want to enter the Tomb of Storms, you have to place all the beetles and then wait for the statue to rise. Even when it does rise, it doesn’t allow you to enter right away. In the scheme of things, waiting a few extra seconds isn’t too bad, but it was getting a little tiresome after awhile. 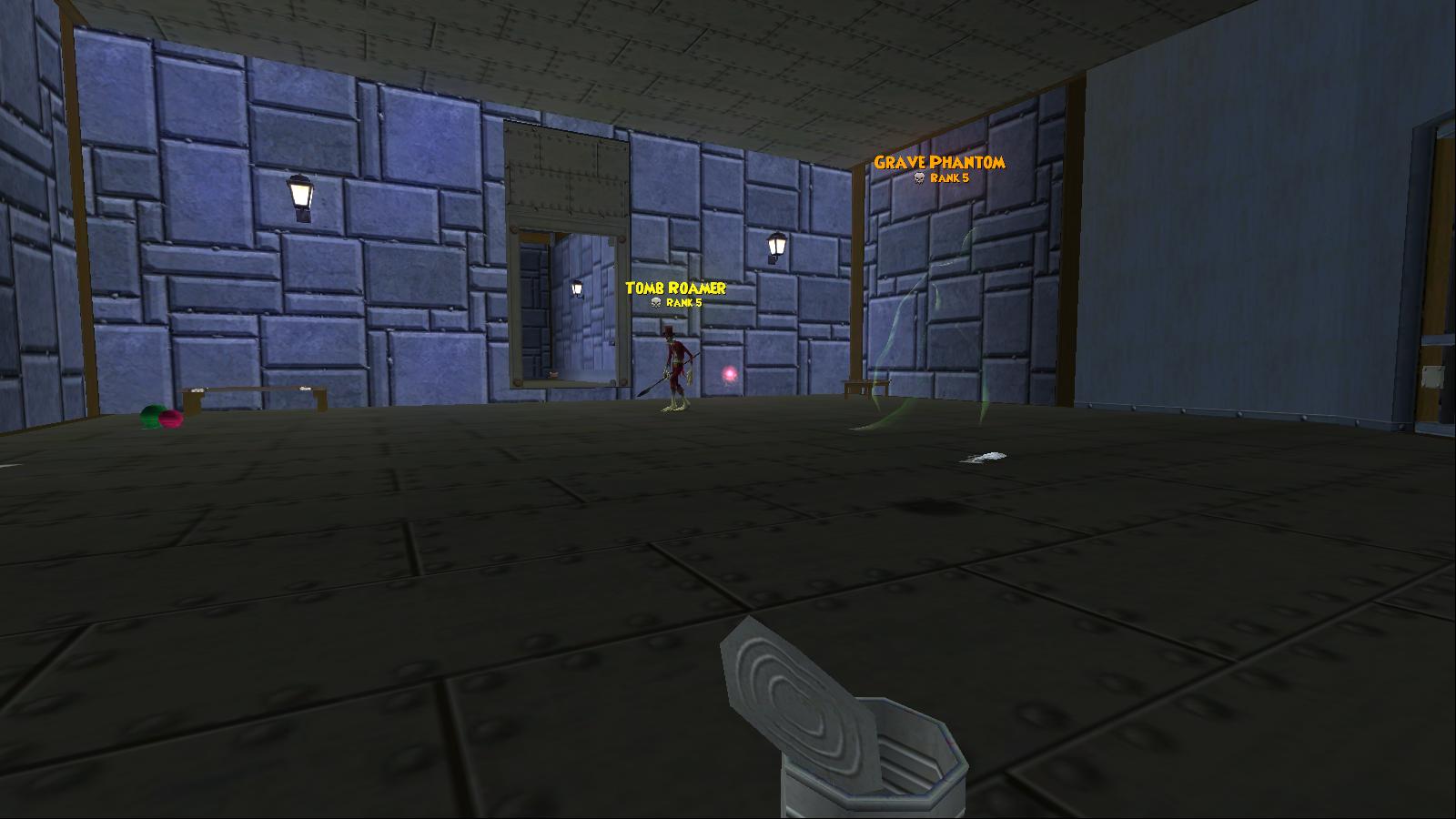 Best: Newgate Prison. Unlike the rest of Marleybone, the layout of Newgate Prison really stood out to me. Maneuvering through the various prison cells was fun and who could forget that chase through the streets?! It’s still one of my favorite places to this day.

Worst: The lack of sidewalks. When it comes to getting myself into battles that I wasn’t trying to, Marleybone takes the crown. I was constantly being caught by wandering mobs on my way to defeat bosses or talk to NPCs. 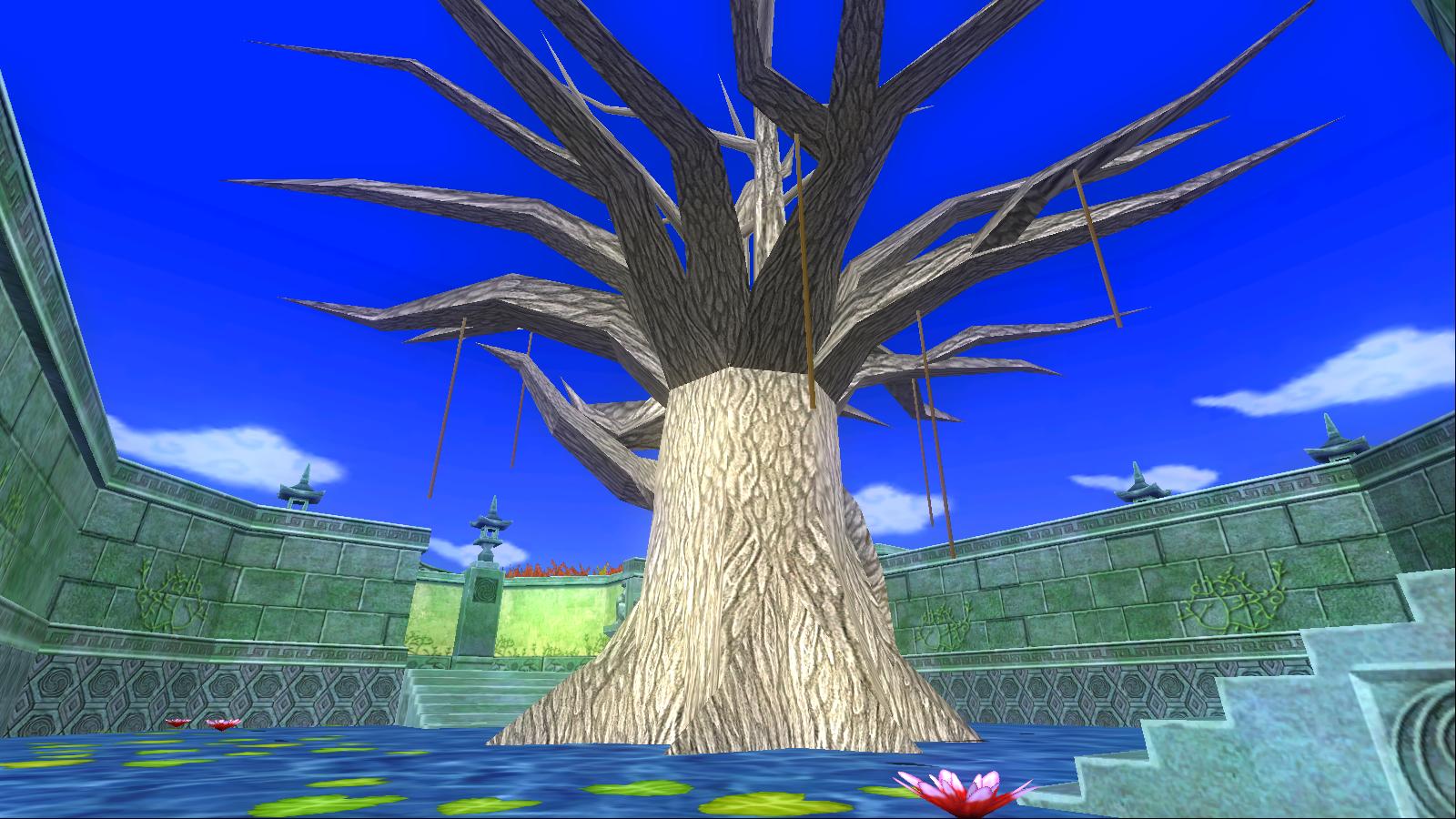 Best: The Tree of Life. The final big instance of Mooshu was a huge highlight for me. I finished the Oakheart quests, and battled not one … but TWO hidden bosses. Youkai and Akuji were a surprising and challenging discovery for a new player.

Worst: The long lonely walks. When I quested Mooshu, the teleporters weren’t already lit and ready to use. In order to have access to a teleporter, you had to first walk to it and activate it yourself. Mooshu is such a big beautiful world, but that meant that everything was pretty far away. My wizard certainly got a workout, that’s for sure! ;) 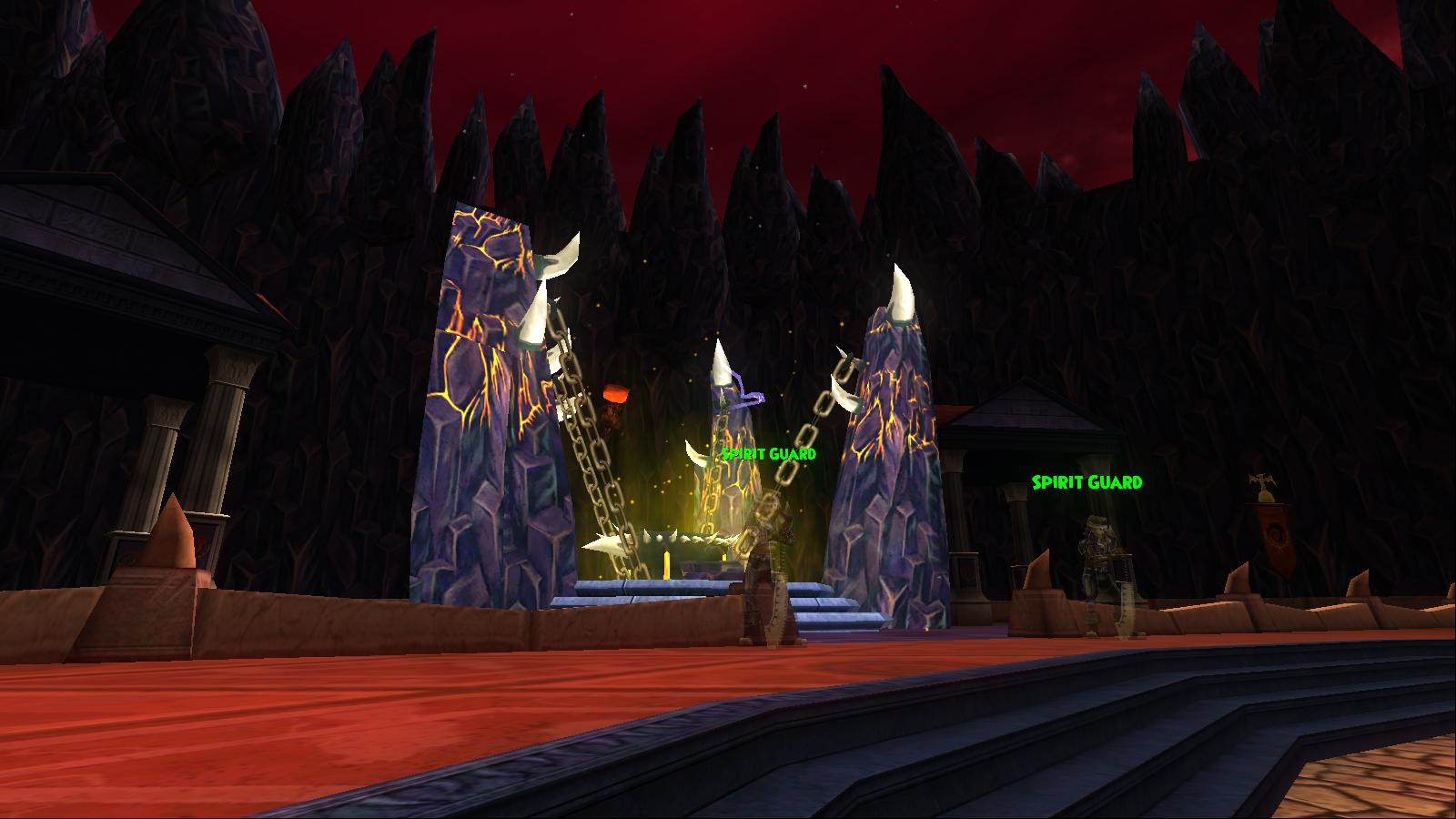 Best: The Final Countdown! Dragonspyre! The end of the first arc! Woot! By the time I reached the Great Spyre, it was toned down a bit from what it was originally. I’m told that there used to be a timer on the two mob battles before you reached Malistaire’s throne room. Even without the added extra suspense, I was still in awe. The layout, the cut scene, and the huge dragon eye in the background made this instance feel worthy of the grand finale.

Worst: The Protection Pox. Marva Flamewing wouldn’t have been so bad if it weren’t for her Protection Pox! The numerous shields made soloing difficult, but the battle was interesting nonetheless. It may have been frustrating at the time, but I think it was a needed challenge. Everything can’t be a piece of cake, right? 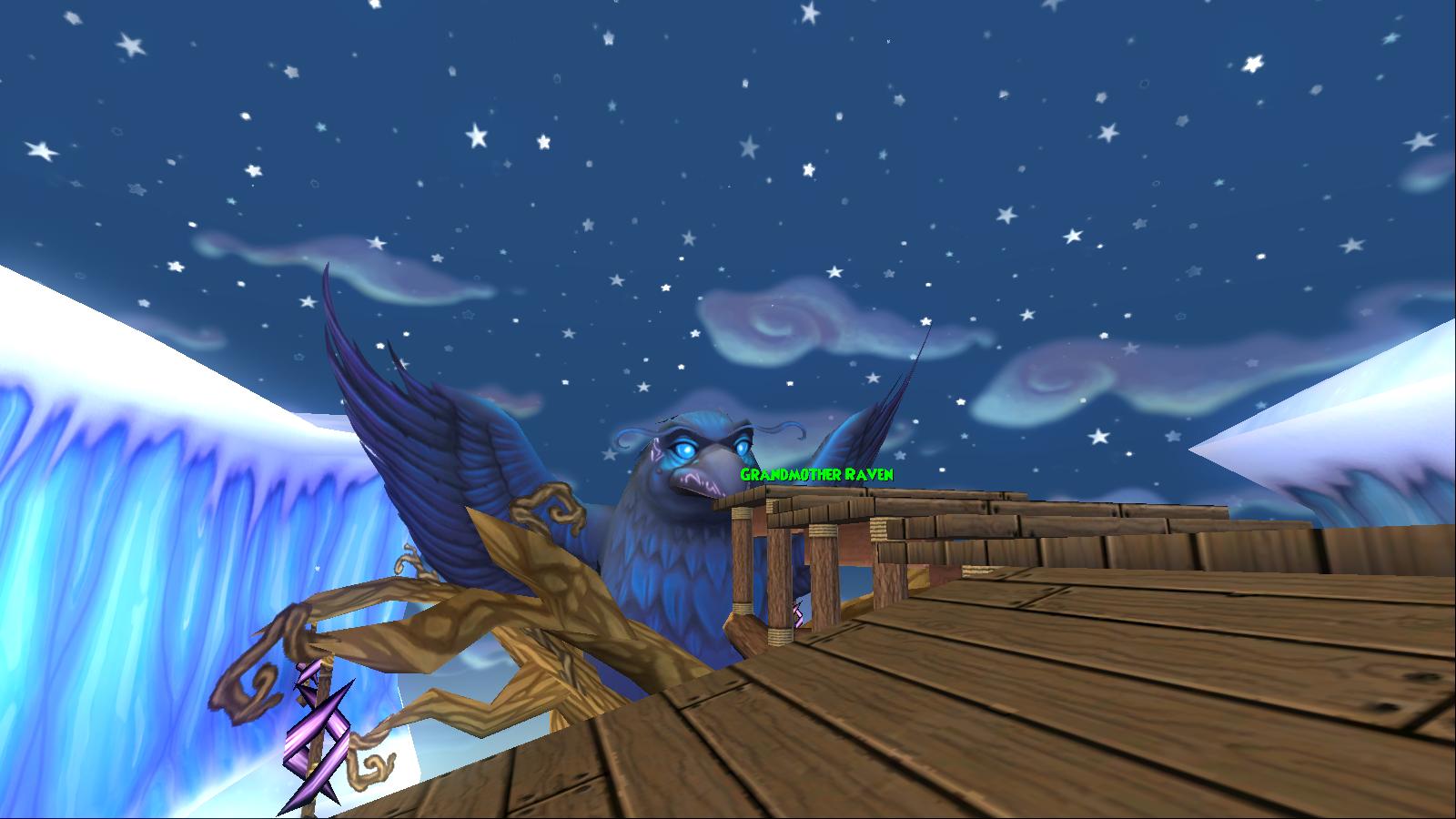 Best: Meeting Grandmother Raven. Aha! There’s that voice inside my head! Seeing Grandmother Raven in person was a nice development in the Grizzleheim storyline. She’s been guiding us through our adventures ever since we started – it was about time we could thank her!

Worst: Nastrond. The final instance in Winterusk wasn’t particularly hard, it just seemed to drag on for me. I did like the tag cheats at the very end though! 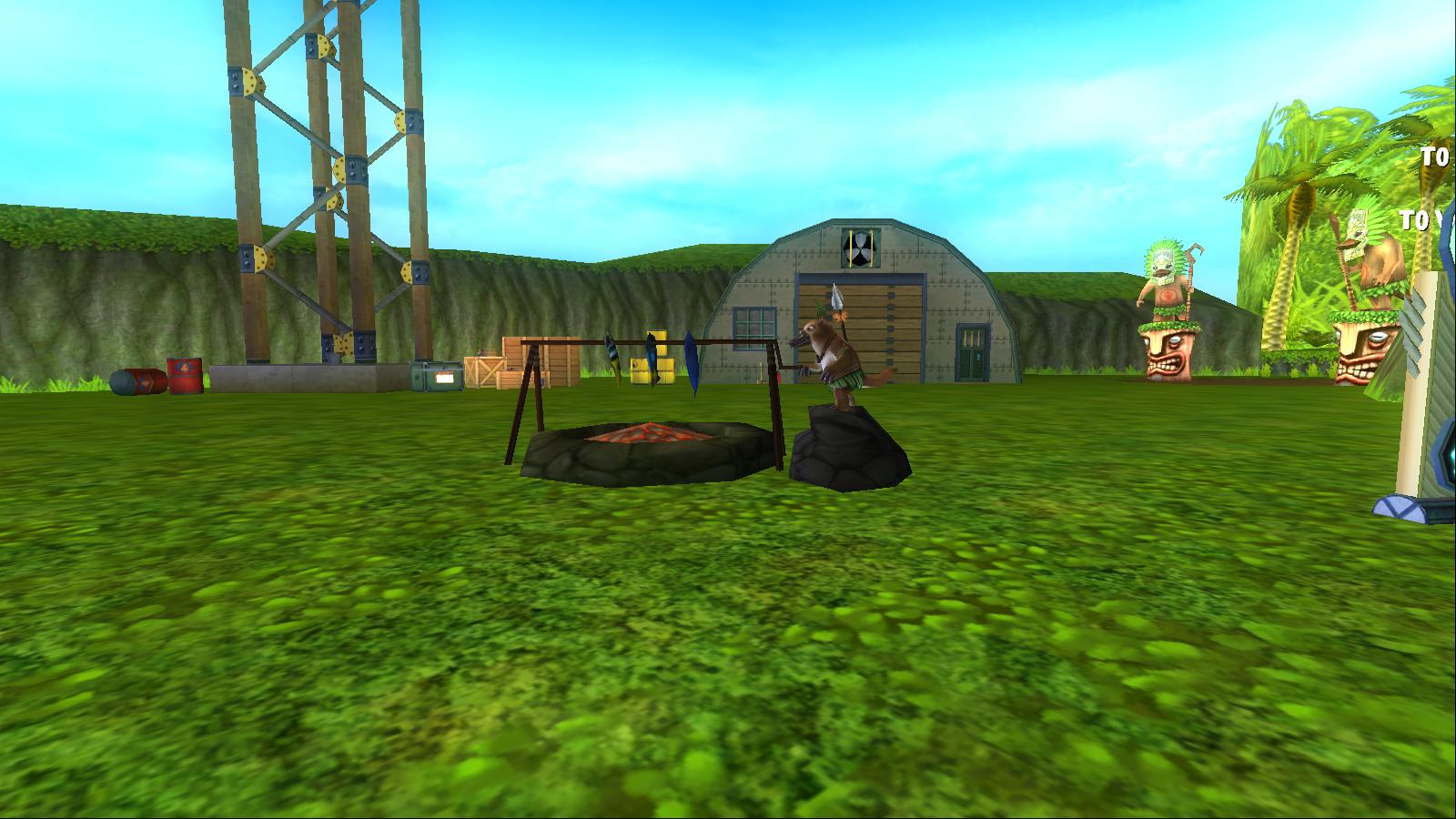 Best: The water moles. The water moles were all sorts of adorable. After spending so much time underwater, the bright vibrant colors of the Floating Land made it stand out in a great way. 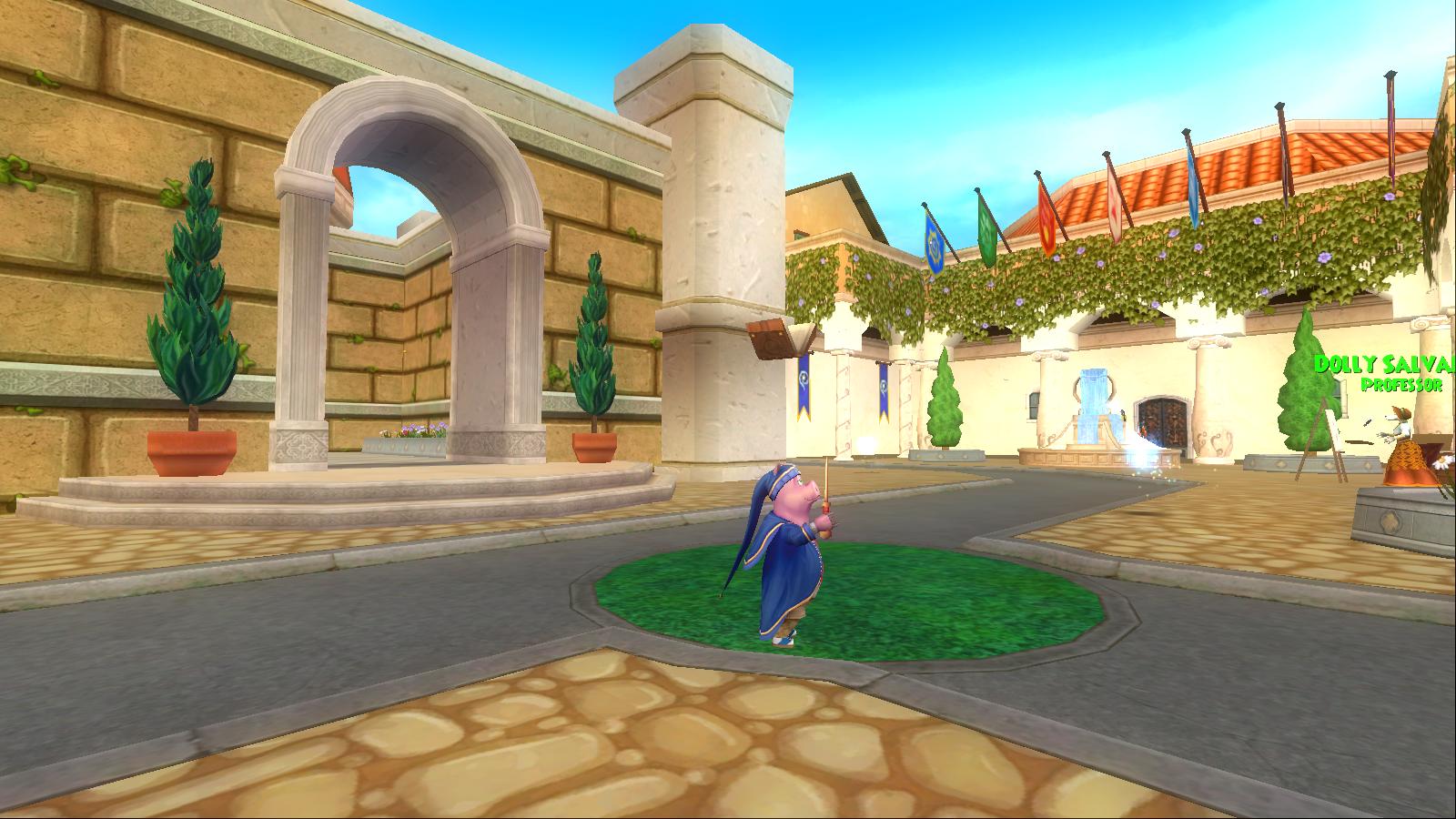 Best: The atmosphere. Wysteria had plenty of humor, and the strange schools of magic were a blast to explore. Everything seemed backwards and that’s what made it a pleasure to play through!

Worst: It was too short! Wysteria is sadly the shortest world and most of it was actually dialogue. I only wish we had more to do there. Maybe an expansion one day? 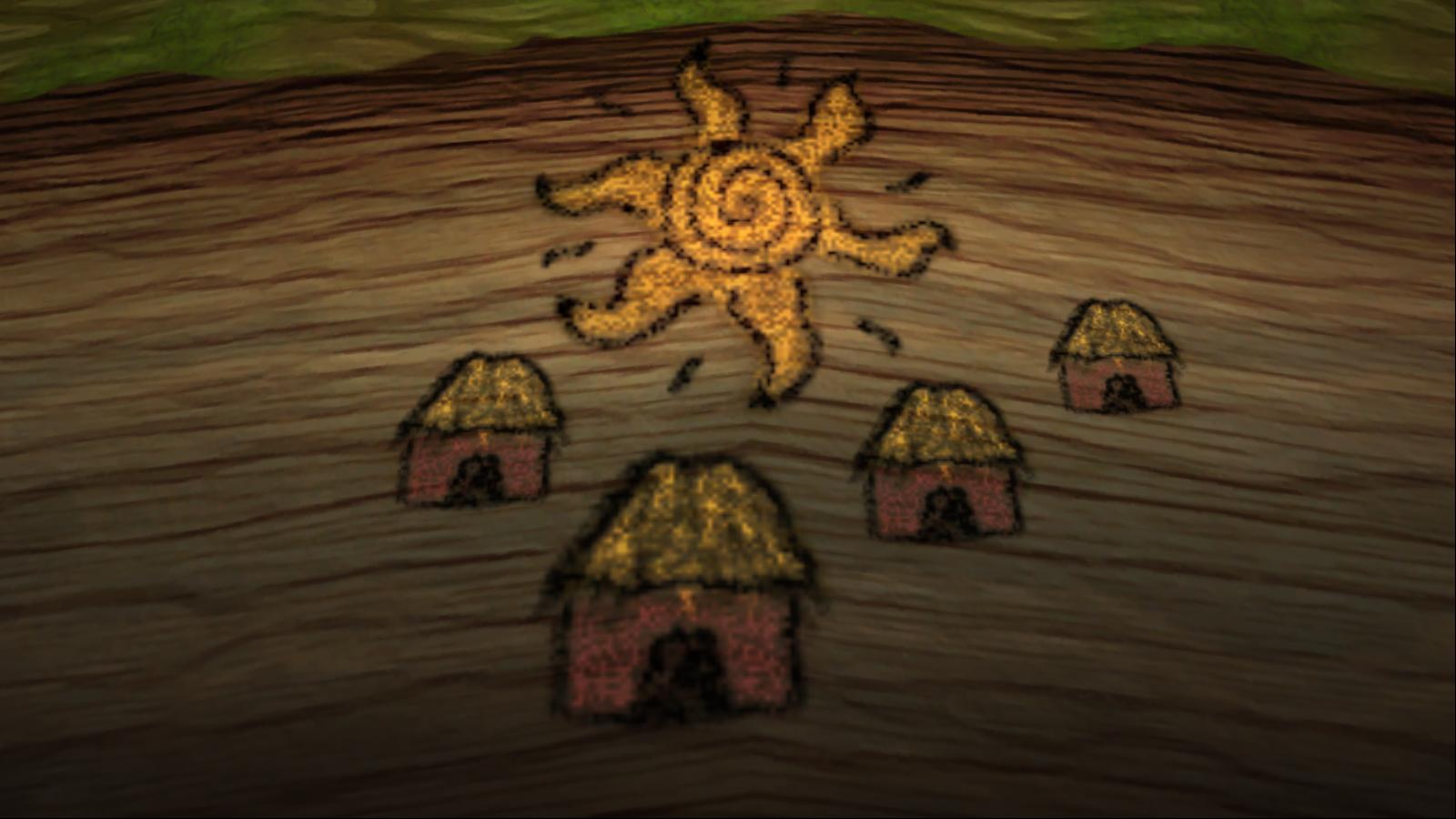 Worst: The overall grind. Out of all the released worlds thus far, I feel like Zafaria has the most repetitive quests associated with it. Remember all those Fire Lion Ravagers and Greyhorn Mercenaries? We never seemed to get away from them! 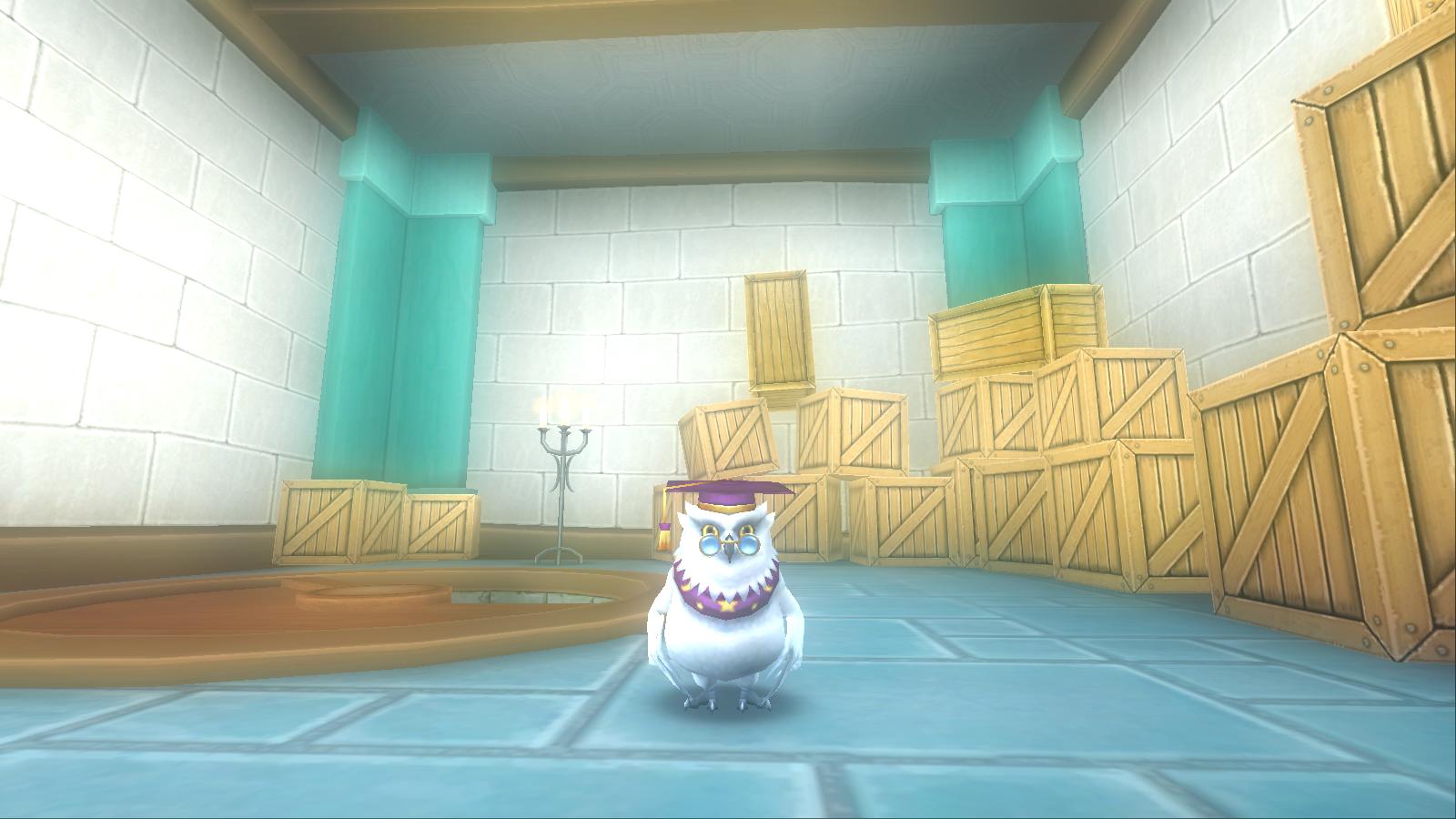 Best: Ghost Avalon. Being able to see the past AND be Gamma … talk about amazing! Another little detail that I loved when I first encountered Ghost Avalon was that everybody was given a pet name while in owl form. My name was Bosco!

Worst: Deepwater. This was a hard choice because I liked almost everything about Avalon. Four consecutive bosses were tough to solo, but I really liked the Deepwater area itself. It’s simply the worst of the best.

Best: The ending. Azteca had a tragic ending, but that’s what made the story so compelling. The meteor shower that occurs once you finish Xibalba is also a nice touch.

Worst: The difficulty. Azteca was by far my hardest world. The enemies had very high health (up until the recent nerf) and would critical big attacks like crazy. I had a super tough time staying alive. 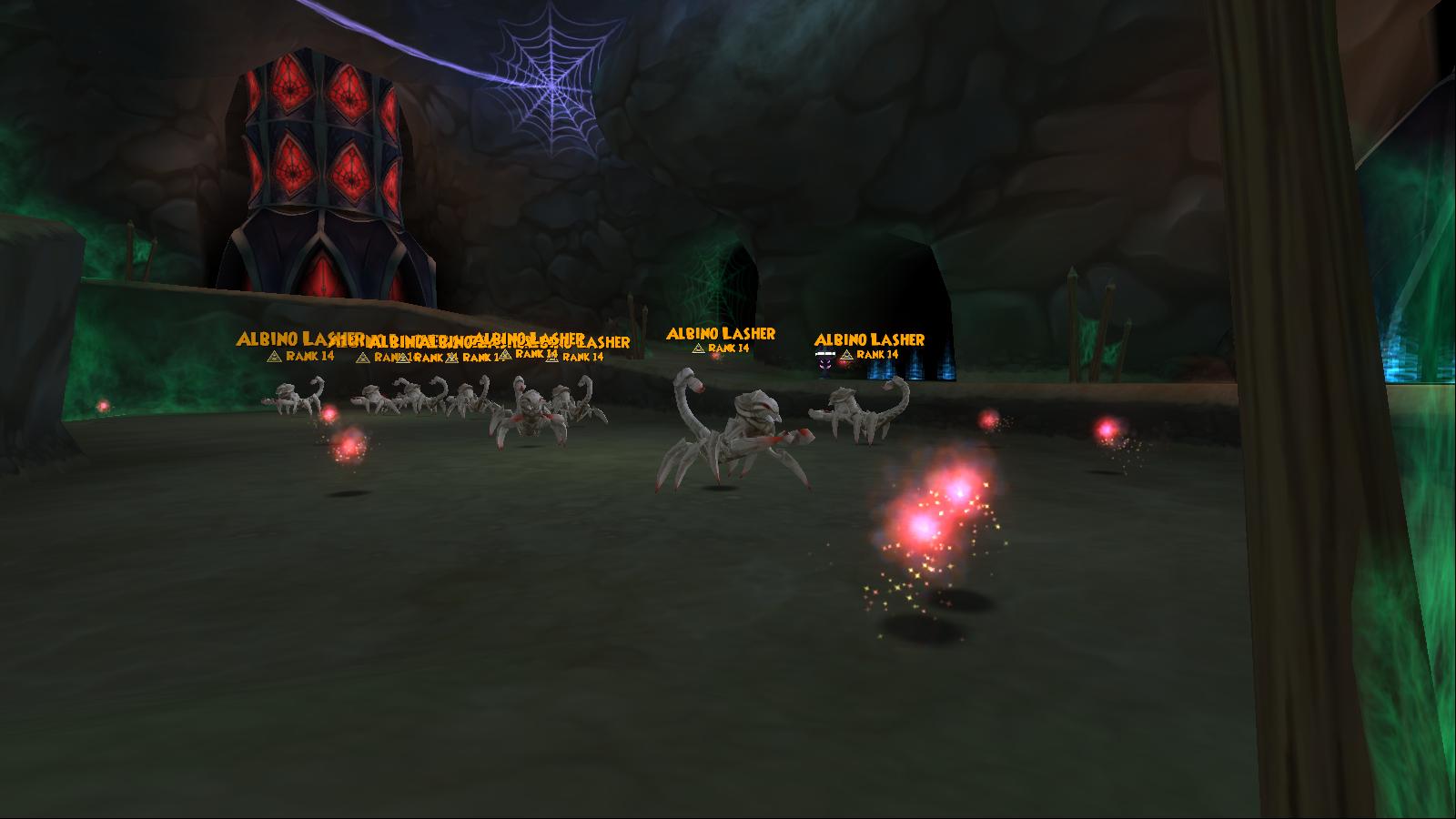 Best: The introduction of quest companions. Taking some inspiration from Pirate101, companion quest helpers were a welcoming addition. After all, who doesn’t want extra stat boosts?! (Also, the mice were cute.)

Worst: The Hive. The Hive had loads of cheating bosses. Although I liked the different elements and tricks, I thought it was a bit much to cram into one area. I think I would have preferred it if the bosses were spread out across multiple zones. 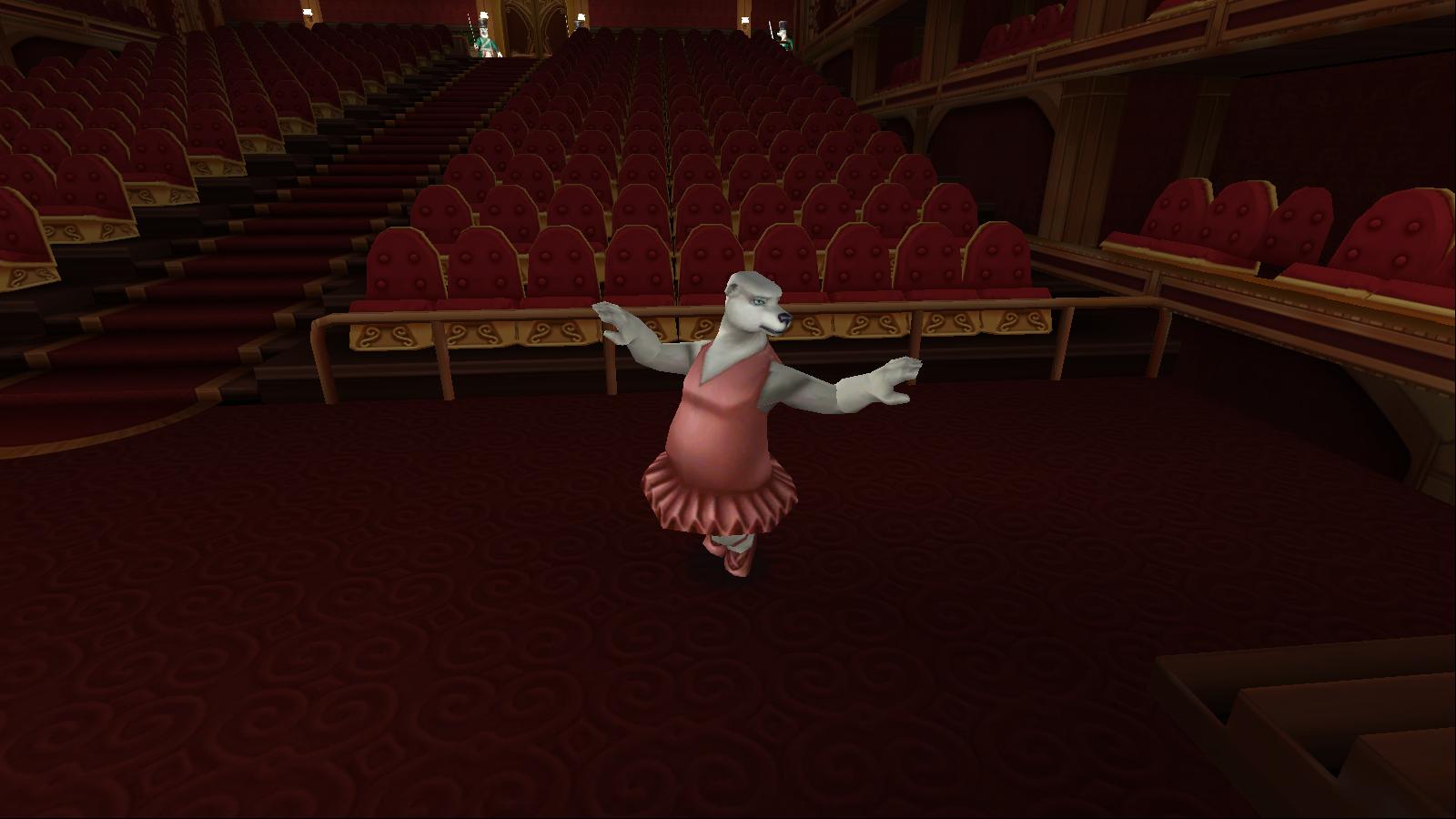 Worst: A tad too easy. A lot of people flew right through this world with ease. With the drastic critical and block changes, I can see why KingsIsle might have wanted to scale back the difficulty. I think throwing in one or two more semi-difficult cheating bosses would have helped balance the world.

What do you think of my list? Have your own? Let me know in the comments!