Welcome to Untold Stories: Krokotopia. This post will be a continuation of the Wizard City storyline synopsis. Let’s get to it! 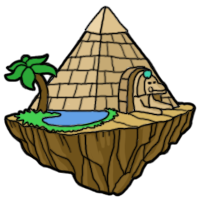 You use the spiral door and the Krokotopia spiral keys to travel to Krokotopia. Upon your arrival, you meet Tinu Bhak’mal, who informs you that the manders have been cursed ever since Malistaire’s arrival. Apparently the Tuts have risen from the dead and aim to crush the residents. Tinu insists that you speak with Sergeant Major Talbot if you’re wanting to find Malistaire and save Krokotopia. After you mention the “Order of the Fang” to Sergeant Major Talbot, he says that he’s heard Professor Winthrop say that name before. If you want to find out more, you’ll have to seek him out inside the Pyramid of the Sun.

Pyramid of the Sun 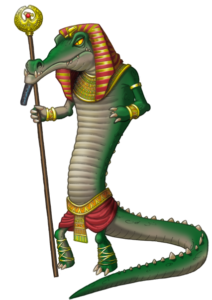 Chamber of Fire/Palace of Fire 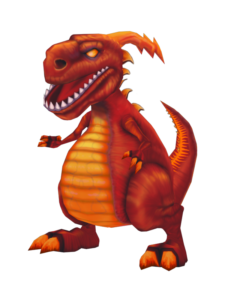 You meet up with Assistant Danforth who tells you that the palace requires a Key Stone. Danforth’s assistant, Robert Lancaster, has been searching for the Key Stone, so he advises that you go and find him. Once you locate Lancaster, he informs you that he doesn’t have the Key Stone, but he does know that a piece of it is buried in the dig site at the Royal Hall. After you find and dig up the Key Stone, you report back to Assistant Danforth. However, things aren’t that easy. While you were gone, Danforth discovered that the Key Stone was divided up into two pieces to ensure the safety of the palace. The second piece of the Key Stone is held by the Nirini Quartermaster, and you’ll have to defeat him to get it. Once you do, you inform Professor Winthrop that you can get into the palace. With the way now clear, Winthrop instructs you to enter the palace and help Lieutenant Standish get into the Throne Room. After assisting Lieutenant Standish and his soldiers, the kroks are losing their power in the palace. To break into the Throne Room, the final thing you need to do is defeat the Nirini family (they’ve put up a spirit barrier blocking the throne room). After you take care of them and obtain the Throne Room key, Professor Winthrop tells you to meet him inside.

According to Professor Winthrop’s notes, the Order of the Fang used magic to hide their location. Only by using a magical artifact, the Serpent Staff, can you undo their spell. Professor Winthrop remembers that Prince Manu Nirini swung a serpent staff at his head when the Tuts attacked. Not wanting to have a repeat of that, he tells you to go battle the Prince and retrieve it. After you return with it, you try to make it work … but it’s no use. That’s when Professor Winthrop exclaims that in ancient times, the Eye of Krok was placed in the map room. Unfortunately, Krokenkahmen recently took it in a show of power. Once you defeat the thief and return with the Eye of Krok, you can finally unveil the Order’s location. After shouting some ancient words, the map flashes and reveals the Order of the Fang’s location to you … and it’s on another island.

Rami informs you that you’re not the only one looking for Khaba. It turns out the Tuts are too, and they’re everywhere. After slowing the Tut forces down, Rami reveals that Khaba will only speak to someone carrying the Seal of the Fang. Tut Nekhbet captured it before the Great Sleep, so you have to defeat him and get it back. Once you do, you find Khaba and inform him of what happened during his great slumber. Khaba is disappointed that the Order failed, but he is confident that the Tuts can be defeated. A Soul Scavenger had sapped Khaba’s strength by stealing his Coin of Destiny – so Khaba asks you to get it back. After you do, Khaba says that he can feel his power returning. To fight the Tuts, Khaba needs his sword. He tells you that he gave it to Rami for safekeeping, but all that’s left of it is the scabbard. Since Khaba can’t fight the Tuts without a weapon, he asks that you help him rebuild one. After you gather all of the supplies and forge his weapon, Khaba is pleased and ready to fight once again. He then sends you back to Shalek the Wise.

The Vault of Ice/Emperor’s Retreat

By helping Shalek the Wise find General Khaba and Khai Amahte the Great, you have earned his trust. Because of that, Shalek discloses a closely guarded Order secret: the location of the Golden Fang. The Golden Fang offers great power to any who wields it, and it’s been locked in the Vault of Ice for centuries. Not wanting it to fall into the wrong hands, Shalek tells you to meet him inside the Vault of Ice. Once you retrieve the Golden Fang, Shalek is pleased, but also hopeful that nobody will ever have to use its power. He tells you that he learned the great power of balance during the Great Sleep, and vowed to never upset it again. With that out of the way, Shalek turns his attention back to the Krokonomicon. As far as he knows, Krokhotep, the ruling Tut of the Sphinx, last controlled it. Shalek guesses that you’ll be able to find him in Emperor’s Retreat and instructs you to meet him there. After fighting your way through his heavily guarded lair, you’re finally able to confront Krokhotep and defeat him. Once you do, you find a Golden Scarab, but no Krokonomicon. Apparently it’s already been given to Queen Krokopatra. It sickens Shalek that one of the Order’s members would betray them, but he praises your bravery throughout the matter.

The Tomb of Storms

Impressed by what you’ve accomplished, Alhazred, Shalek the Wise, General Khaba, and Khai Amahte the Great insist that you take a Golden Scarab as a symbol of your entry into the Order of the Fang. They tell you that they will continue to fight the Tuts with the power of balance, rather than the Golden Fang, and leave it up to you to find and protect the Krokonomicon. To do that, you’ll need to investigate Queen Krokopatra’s lair, the Tomb of Storms. Once you inform Sergeant Major Talbot of your new mission, he directs you to Hetch Al’dim, who he believes can get you into the Tomb of Storms. Hetch informs you that you’ll need three Golden Scarabs to enter the Tomb of Storms, but he only has one. Luckily, you have two (the one you found in Emperor’s Retreat, and the one the Order gave you), so Hetch happily gives up his so you can enter. After you make your way inside, you stumble upon the ghost of Krokhotep. Krokhotep says he was blinded by Krokopatra and wants to atone for betraying the Order of the Fang. With the Krokonomicon in Krokopatra’s possession, she can force any krok spirit to rise and serve in her new army. To reach her and stop her, Krokhotep says that you will need a two-part cipher. The first part is in the Ahnic family tomb, and the second is in an opposing family’s tomb – the Djeserits. They were put there purposefully so the two halves would never be reunited. Clever as that may be, it wasn’t clever enough because you’re able to bring back both pieces of the cipher to Krokhotep. Krokopatra rules from the Temple of Storms, and there is only one key to it. That key is guarded by four princes in the Karanahn Barracks. After you enter the barracks, defeat all the princes, and return with the temple key, Krokhotep is pleased. It’s now when Krokhotep reveals that he was the one who created these obstacles. When he woke up from his great slumber, Krokhotep feared the strangers digging up his home. But you, you’ve proven to him that Krokopatra is far worse.

The Temple of Storms

With the temple key in your possession, it’s time to face Krokopatra. Not so fast though – the Gatekeeper inside shares that Krokhotep ensured that only the worthy could enter the inner sanctum. To prove that you’re worthy, you’ll have to pass two tests. The first is a test of strength: defeating the Son of Storms. The second is a test of aptitude: an obelisk puzzle. After you pass both with ease, the Gatekeeper allows you to enter the inner sanctum. Once inside, you’re able to defeat Krokopatra, but you don’t quite get the ending you were hoping for. Krokopatra proclaims that she sealed the Krokonomicon in the Sarcophagus of the Souls long ago. To make matters worse, the Sarcophagus has already been taken. On the bright side though, with Krokopatra gone, the Tut army is defeated. 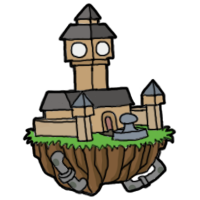 Continued in the Marleybone synopsis.