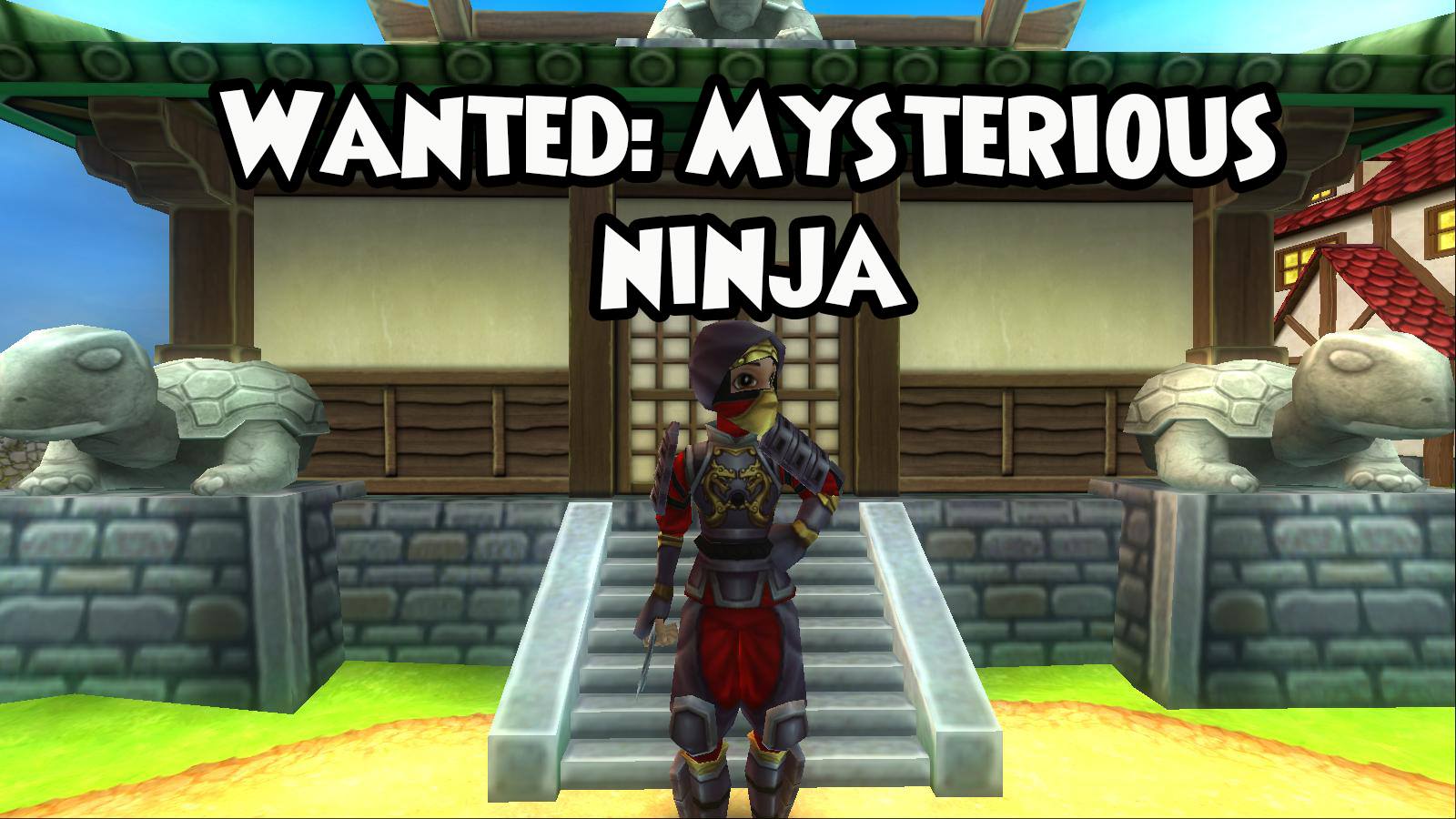 Hello everyone! I know this isn’t the type of news you want to hear on a Friday, but Wizard City residents should know that there’s a ninja on the loose. Now, don’t panic. The ninja hasn’t hurt anyone …  yet, but he or she has been causing all sorts of mischief around town. 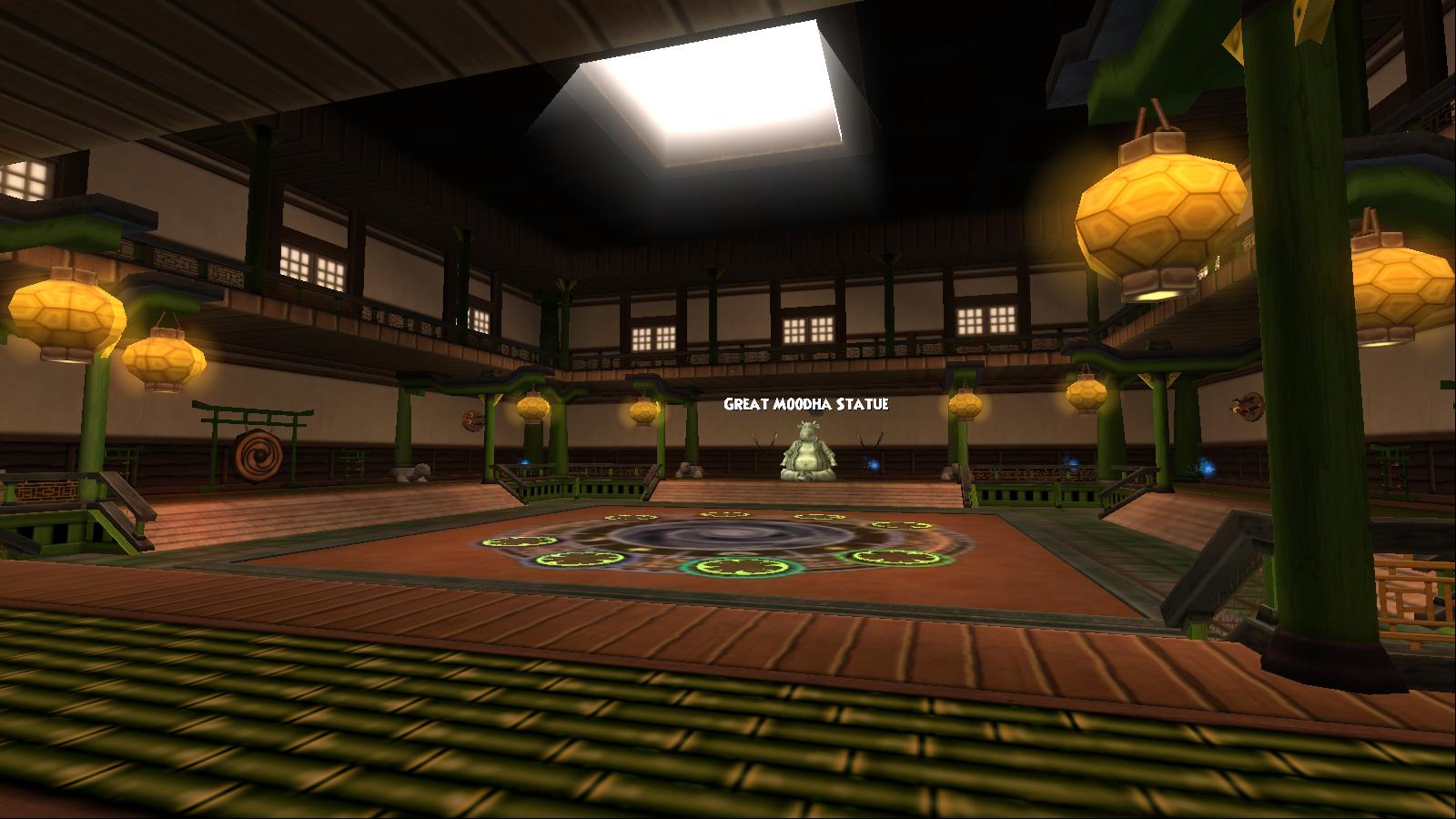 With a ninja in our midst, things have been anything but silent. Speculations about this mysterious ninja have run rampant. Here are just some of the rumors that are currently circulating:

None of these things have been proven true, but it does make you uneasy, doesn’t it? 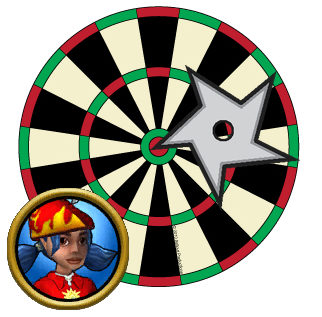 In addition to lurking in the shadows, the unknown ninja appears to have a knack for darts. According to Regina Flametalon, a dart game turned deadly when the ninja decided to make a surprise appearance.

“Sometimes my friends and I like to relax by playing darts. Everything seemed normal at first, but then I felt something whiz past my face. Nobody saw anything though, so we just tried to resume our game. That’s when we noticed the dart board. A throwing star was stuck right in the middle … a bulls-eye. Whoever this person is, they’re a good shot.” – Regina Flametalon

Thankfully, nobody at the scene was hurt in any way. If you happen to stumble onto any throwing stars during your travels, please report them to the authorities.

That’s Not a Bird, or a Plane

Ever since the ninja showed up, strange things have been spotted all over the city. One being what one witness describes as a large flying figure.

“So I’m just hanging out with some friends in Olde Town when all of a sudden the sky gets dark. I look up and see a dark figure floating above us! It was skinny, scaly, and much longer than any other creature I’ve ever seen. And believe me, I’ve seen A LOT of critters. Its claws were sharp and its tail looked like it was on fire. I don’t know what it was, but I didn’t want to stay around to find out.” – Malorn Ashthorn

The Wizard City Police Department is currently investigating the report. Until this menacing being is identified and apprehended, please stay clear of Olde Town for your own safety.

Ninja in a Half Shell 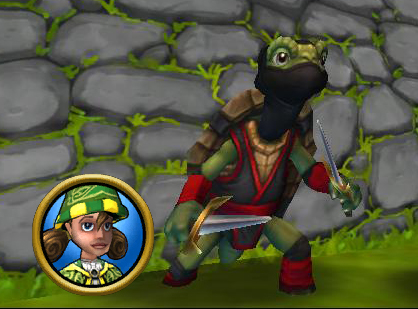 Just when everyone thought things couldn’t get any weirder, it sounds like the ninja may not be working alone. According to Sabrina Greenstar, the ninja may have a tiny but deadly companion.

“I was picking up some food on my way back to my castle when I got the sense that someone … something was following me. I looked back to see, but nobody was there. As I proceeded to walk forward, I saw something quickly pass behind the bushes. Before I could even get my bearings straight, a tiny critter with a shell on its back attacked me and took my food! The thief was wielding two knives and had his face concealed. I think he might be working with the larger ninja.” – Sabrina Greenstar

Investigators don’t know what the beast wants with Sabrina’s food, but please, for your food’s safety, eat your meals as soon as possible. After all, the food stealing criminal is still at large.

We Need Your Help

In order to catch this ninja and his/her companions, we need your help. The suspect is described as having:

Based on the above information, the Wizard City Police Department was able to put together a quick sketch.

If you see this person or have any idea of their whereabouts, please let us know. Thank you for your help.

INVESTIGATION UPDATE: The ninja came forward and it turns out that he was just having some early Halloween fun. Apparently you can get your ninja costume and accessories from GameStop for $29 (Shinobi Bundle). Thanks for your patience, everyone. The city is safe once again!